IN July 2009, when the world’s leading premium drinks company announced plans to restructure its Scottish business the news did not go down well in some quarters.
The closure of long-established Diageo sites in Kilmarnock and at Port Dundas in Glasgow with the loss of 900 jobs was always going to be a bitter pill to swallow.
Especially when you consider that Scotland is one of Diageo’s largest spirit supply centres, responsible for producing nearly 50 million cases of leading brands of Scotch Whisky and white spirits and over four million cases of ‘Ready To Drink’ brands each year.
It boasts a collection of alcohol brands across spirits, wines, and beer categories, including Johnnie Walker, Guinness, Smirnoff, J&B, Baileys, Cuervo, Tanqueray, Captain Morgan, Crown Royal, Beaulieu Vineyard and Sterling Vineyards wines.

Little wonder the proposed changes raised concerns but the criticism did not distract Diageo’s bosses from the difficult task in hand. They were convinced the move was the best and only way to protect the long-term sustainability of its Scottish business in an increasingly stormy economic climate.
As tough as it was on the communities that had come to see Diageo, which trades in more than 180 countries around the world, as a major employer the changes that have taken place over the past two years have kept the wheels of industry turning.
Backed by a £100m investment and the promise of 400 new jobs, the expansion of its Leven packaging plant in Fife and the construction of a new coopering centre in Clackmannanshire have proceeded at pace and perhaps changed what was initially seen as a negative into a positive story.
There have been some bumps along the way, though. Evidence of the fragile economy hit home midway through the construction of the bottling plant when the main contractor Rok went to the wall. Diageo reacted quickly, recruiting ISG’s Scottish operation to complete the job. Despite a six-week interruption caused by the failure of the original contractor, practical completion of the cutting-edge facility was achieved in December, clearing the way for an official opening ceremony later this year.
The 67-week Leven project involved the construction of a 20,000 sq. metre steel-framed bottling hall with a range of facilities including associated infrastructure and tanks, construction of a new roundabout on the A915, formation of a staff car park, engineering works and landscaping.
Although the bottling hall has now been built, the installation of lines will be gradually introduced with the plant expected to be fully operational in the summer.
Other investments that back-up Diageo’s commitment to Scotland include a £3.5m luxury products facility at its Banbeath site and the construction of new Cambus Cooperage near Alloa.
As well as the addition of the £9m cooperage, which is also scheduled to open in the summer, Diageo has further expanded the Cameronbridge Distillery in Fife, creating a bioenergy facility designed to ensure it meets the highest environmental standards.
The new facilities are of course manna for the contractors who have been recruited by Diageo to provide the machinery that will keep it ahead of the technology curve and ensure the firm continues to build on its prosperity.

The increase of 7% in the interim dividend signals our confidence that we are making a strong business stronger.

A healthy set of interim results for the first six months to December has contributed to a growing sense of optimism. Highlights include a 20% growth in emerging markets – an area that is sure to have positive consequences for its Scottish operation and packaging supply chain, with around 85% of Diageo’s brands produced in Scotland sold overseas.
Chief Executive Paul Walsh described the results as “solid and well balanced” thanks to a 9% growth in operating profit, which he put down to investments the company has made in its brands and routes to market in the faster growing markets of the world.
He said: “In an uncertain economic environment we have again demonstrated the benefits of our geographic diversity and brand range. Our emerging market business grew net sales 18% and operating profit 23% and now accounts for almost 40% of our business. Our performance improved in our developed markets business and we delivered top line growth and operating margin expansion while marketing as a percent of net sales increased.
“Globally Johnnie Walker grew 15%, Smirnoff returned to growth, Guinness grew 5% and our reserve brand portfolio grew 25%. Our strategic brands grew 8% and the strongest performing categories were scotch, up 14% and vodka, up 13% while our beer brands delivered 7% organic net sales growth.”
He added: “We are cautious as to the consumer and economic trends we will face in 2012 but these first half results have positioned us well and they have demonstrated that Diageo has the brands, the routes to market and the people to deliver our medium term guidance. The increase of 7% in the interim dividend signals our confidence that we are making a strong business stronger.” 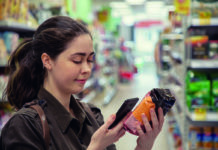 The evolution of product coding for brand protection 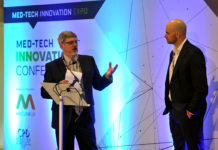 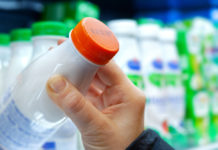