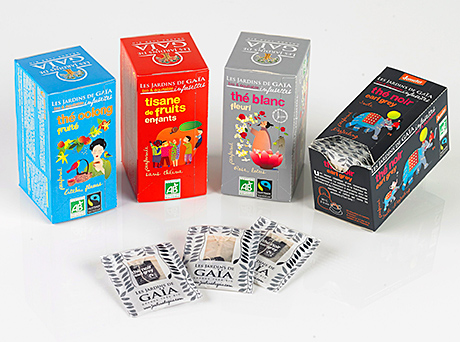 Founded in 1994, Les Jardins de Gaïa is a Fair Trade, organic tea company based near Strasbourg. As part of its philosophy of selling natural organic products, the company wanted to wrap the tea in natural packaging. The converter in this application is leading German-based tea packer TPS from Soltau. Colourful designs distinguish Les Jardins de Gaïa teas from other tea packaging designs on the market.