THE introduction of a deposit return scheme (DRS) in Scotland has been delayed for a second time.

The scheme was due to come into operation in July 2022, with the original date of April 2021 having previously been postponed.

She said, “Unfortunately, as you are all keenly aware 2020 was an unprecedented year; the global pandemic and Brexit had a major impact on businesses, particularly retailers and those involved in their supply chain and challenges exist today.

“Unfortunately, the very businesses that will be most instrumental in making the DRS operational – including hospitality businesses, small convenience stores and small brewers – were and still (are) badly affected by the pandemic and mismanagement of Brexit.

“There have also been unresolved issues such as a lack of clarity from the UK Government on the VAT treatment of deposits, which add unnecessary cost, time delay and risk to the project.”

She revealed that she has written to the UK Government twice in regard to the removal of VAT from deposits. However, yesterday (November 16) the financial secretary to the treasury told Lorna Slater that officials were willing to cooperate on potential VAT adjustments.

Lorna Slater said, “This is deeply disappointing…I understand that this falls well short of what is needed here, but I have tasked my officials to work on this urgently to understand the implications and agree a way forward.”

She concluded by saying that the Scottish Government is ‘committed to the scheme being operational as soon as practically possible’ with the schedule to be announced to parliament in ‘due course’. 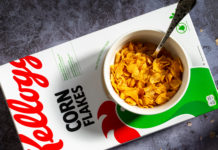 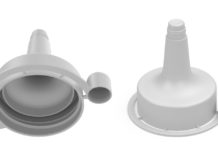