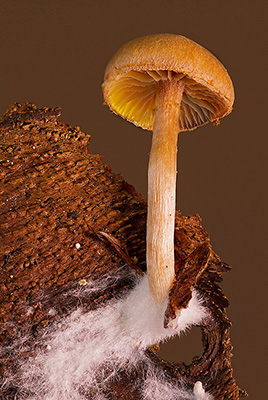 In an age of environmental consciousness, how many people have received a delivery package lined with foam and thought: ‘What a waste?’ Here, Jordan Flagal, an environmental scientist and policy analyst, writes for materials search engine Matmatch, explaining how mushrooms can be an ally in creating a biodegradable alternative to polystyrene.

POLYSTYRENE foam has served the world dutifully since its invention in the 1940s, allowing for countless advancements to take place by providing everything from essential cushioning for packages to floatation devices that help save lives. As a material, it is incredible.

But its impact on the environment is troubling: the finished material can take thousands of years, and perhaps longer, to biodegrade. The miracle material of the last century is structurally sound but riddled with flaws that impact human wellbeing.

Polystyrene (PS) plastic is a naturally transparent thermoplastic that is available as both a typical solid plastic as well in the form of a rigid foam material. PS plastic is commonly used in a variety of consumer product applications and is also particularly useful for commercial packaging.

During the first two decades of this century, more than 300 million metric tons of polystyrene were produced globally, with more than half disposed of within a single year. Demand has grown for a viable and cost-efficient alternative, one that is free of all the problematic environmental issues. Thankfully, with demand comes innovation.

Eventually, mycelium made its way to market – and although it is mainly used as a material in place of styrofoam packaging, there are a host of other products that mycelium is capable of replacing. It’s not exactly a familiar material, but chances are it soon will be.

In practice, mycelium can be used to create a variety of things, from organic plastics to scaffolding that can be used to grow organs – though its most common and useful commercial application is in the form of packaging.

Mycelium foam can be used in the same manner as polystyrene foam and, for many companies, it has become a popular material of choice. The mycelium forms a foam-like material that insulates reasonably well. Fungus-derived Greensulate will char, but won’t melt and ignite like polystyrene insulation. Mycelium is lightweight, easy to mould, and easy to produce – all of which are favourable traits for materials used in packaging. It is also these characteristics that allow mycelium to be cost-competitive with polystyrene foam, which has long been an inexpensive and dependable material used in all aspects of throughput materials delivery.

What is the production process?

Mycelium is a mix of agricultural waste bound with mycelium structures. Several types of waste can be used in this process, from hemp to wood chips to psyllium husks. The materials are grown together into a desirable shape over a short time, sometimes in as little as a week.

Mycelium’s fast-growing fibers produce materials used for packaging, clothing, food and construction—everything from leather to plant-based steak to scaffolding for growing organs. This is the base material for most mycelium products, known as the foam. Mycelium foam can be used for applications as far-ranging as textiles and cosmetics or kept in its more basic and common state for packaging.

Mycelium is the vegetative part of a fungus or fungus-like bacterial colony, consisting of a mass of branching, thread-like hyphae. On the technical side, creating the foam begins with mixing agricultural waste with mycelium hyphae. This mixture is put in moulds of any desired capacity and placed in the dark, where it grows for about a week. The fungi are left to feed on the agricultural waste.

As it moves through the mixture, it forms a network of tiny white fibers throughout the substrate. This eventually fills all the available space and forms a solid structure: mycelium foam. The foam is then removed from the mould and dried to stop the mycelium from growing and producing mushrooms or spores. From here, the foam can be used as packaging material or further fabricated to make everything from handbags to faux-leather jackets.

Mycelium foam is biodegradable, easily shaped, lightweight, and strong. It does not have the same lifespan as polystyrene foam, which is good for the environment but not necessarily good if you’re looking for something to last decades. For its most common use, biodegradability is a critical property. Lightweight and strength are also very desirable properties, whether it is for single-use purposes or longer-term usage.

Compared with polystyrene foam or polyurethane products, mycelium is actually stronger, even though it may be perceived otherwise, being a biological material. It is also hydrophobic and flame resistant, which are beneficial properties for applications such as packaging and clothing.

In more downstream production of mycelium products, such as jackets and bags, other properties of mycelium emerge as useful. Mycelium foam is resilient, insulating, and breathable. While these may not necessarily be important traits for single-use packaging, they are essential for clothing, footwear, and similar items.

Packaging is the main application, but, as mentioned above, there are many more uses for mycelium, from organ scaffolding to furniture. Standing in for polystyrene foam is arguably its best use, though, as disposable padding is better for the environment if it is biodegradable. It is also the simplest form of production: mycelium foam is the base material used for all mycelium products, and it does not need to be altered at all to be used as packaging.

Organic plastics are another great use for similar reasons. It takes a bit more production to create plastic-type materials because this requires additional processing after the base foam has been created, similar to textiles or shoes. Still, the benefits and practical applications make it worthwhile. It can be made just as convenient and useful as petroleum-based plastic, with similar pliability and short-term durability, except that it will break down naturally. A recent study published in Science Advances found that humans have produced 8,300 million metric tons of plastic to date, which is 25,000 times the weight of the Empire State Building – and all of it will not biodegrade into the global ecosystem.

There are also many applicable uses for mycelium-based products other than foams and plastics. Footwear, leather alternatives, and lampshades can all be made from the same base procedure that yields mycelium foam. The foam can be used like a leather substitute, moulded to create textiles, clothing, and shoes. Furniture is yet another product of mycelium; however, it perhaps remains less practical than traditional furniture made out of wood and linen. Wood products can last for decades, and, if sourced well, can be sustainable. This is not the case with plastics.

Organic scaffolding is more niche and currently less useful than any of the applications mentioned above, though it may become of great importance in the near future. At present, it has nowhere near the practical application of packaging, plastic alternatives, or clothing.

We will almost certainly see more mycelium products in the near future, as it will become more commonplace at least as a material used in packaging. Styrofoam will likely constitute a smaller portion of our global materials budget, but it probably will not go away completely, at least not anytime soon.

As for the other uses of mycelium, from clothing to lampshades, only time will tell if they will make it to the mainstream. The primary purpose of mycelium, this incredibly innovative material, is to provide a sustainable alternative to non-biodegradable single-use packaging. And in that regard, it is performing admirably. 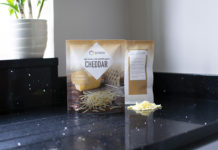 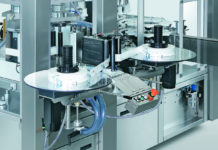