PLASTIC waste hasn’t been far from the top of the public enemy number one charts since Sir David Attenborough revealed the extent of the terrible impact it was having on seas and marine life in his BBC Blue Planet programme back in 2017.

Since then it’s rarely been out of the press, but rather than rallying together to find a collective solution, many big businesses and global brands seem to have been more concerned about jumping on the greenwash bandwagon.

Greenwashing, from my point of view at least, is the art of creating positive press coverage for a business by making green claims that really can’t be substantiated. The particular focus of my ire is the amount of column inches and online coverage dedicated to big companies promising an end to their use of single-use plastics by a certain far-off date.

My issue with this approach is that while it does keep plastic waste and single-use plastic on the news agenda, and so fresh at the forefront of public attention, the dates of these greenwash bandwagon leaping promises are often so far in the future the likelihood of anybody checking which brand has honoured which promise is surely slim to none.

All that greenwashing does is leave us with a memory of headlines that tell us that big brand after big brand is doing its bit. And is that not the aim all along?

There is however some good news filtering through that hasn’t been born in the PR departments of these big businesses. In a BBC interview late last year, Sir David Attenborough said that the world is beginning to tackle the threat of plastic waste.

But surely comments like that don’t go far enough? Maybe a similarly high-profile documentary follow-up to the original Blue Planet would provide an update that makes a real impact?

In recent years the packaging industry, and in particular manufacturers and users of thermoformed plastic packaging have been called into question more and more. But what’s not taken into account when fingers are pointed is that the vast majority of us have been striving to reduce the weight of plastic packaging used for many years and it clearly serves no ones best interest to use plastic packaging where it’s not required.

At LVF Packaging here in Leeds we have primarily used rPET as our main material for many years. This contains a minimum of 50%, and typically as much as 85% recycled content, and is itself fully recyclable. More recently we have been one of the forerunners in offering an alternative to rPET known as BreakdownPET. This material is made in exactly the same way as standard rPET, but with the benefit of an additive that enables the material to quickly and safely biodegrade in landfill.

This biodegradability should be seen as a backstop position, as packaging made from this material should and can be recycled in exactly the same way as PET and rPET.

As the war on plastic rages on, one fact remains inescapable; plastic packaging still plays an important role in everyday life, especially in the food industry where its use not only prevents wastage by providing the best solution to losses through damage in transit, but also enables the extension of shelf life, thus also reducing food wastage.

Going forward our approach to dealing with this issue should have three objectives none of which involve greenwashed PR activity.

Firstly, the good work that has already been carried out in terms of eliminating single use and other unnecessary plastic packaging should continue.

Secondly, Government intervention is required to ensure that sufficient recycling facilities exist and that those operating them are incentivised to recycle all materials available to them – not just those with the highest value such as water bottles.

And finally, a suitable platform should be found to publicise the actual good work that is being done. 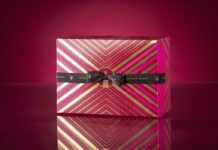 Taking your carton packaging from tired to inspired 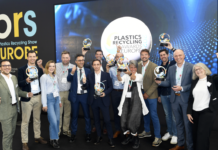 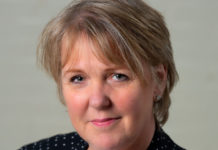 Time to get into peak condition