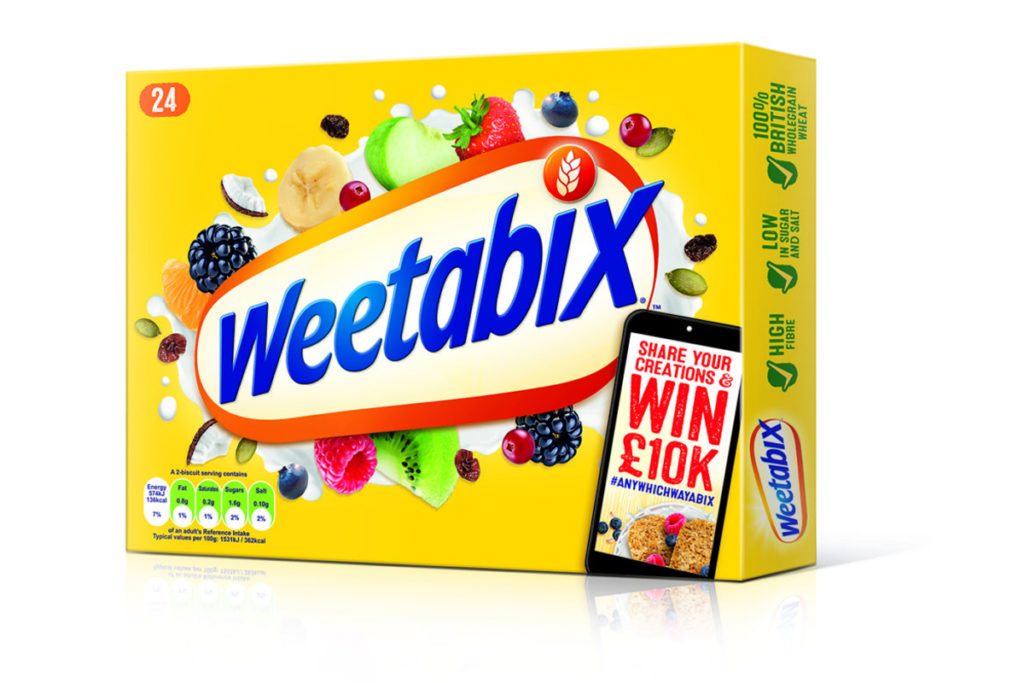 WEETABIX has announced the return of its Any-Which-Way-A-Bix campaign.

A ‘Win £10,000’ on-pack promotion will run until March. The limited-edition pack design will feature on all core Weetabix Original packs. The packs feature colourful fruit, nuts and seeds and the ‘share your creations to win £10K’ campaign graphic.

Weetabix said the Any-Which-Way-A-Bix campaign taps into the trend for customising food, celebrating all the different ways to enjoy the cereal. The 2019 campaign resulted in a 7% rise in sales. The on-pack will be supported by an updated TV advert.