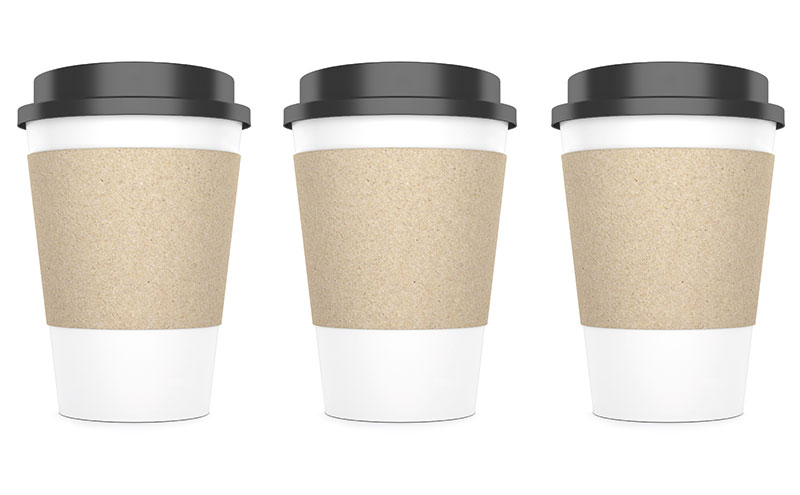 A new study by Zero Waste Scotland has found that selling disposable coffee cups separately rather than offering discounts for reusables can ‘significantly increase’ the use of the more sustainable drinks option.

Trials revealed that cafés which replaced discounts for reusable cups with ‘clear, equivalent charges’ for disposable cups increased the number of customers switching to reusables for on-the-go coffee and tea.

Zero Waste Scotland explained that four public sector cafés in Scotland stopped offering discounts for reusable cups and instead reduced the total price of a drink by the equivalent amount and charged customers that same amount for single-use cups. This kept the overall price of a drink the same as it had been before both for people choosing disposable cups and those opting for reusables. The proportion of consumers switching from disposable to reusable cups rose across all four cafés by an average of 50%.

Lead author Michael Lenaghan is chairing a panel on reusable alternatives to single-use cups at the Scottish Resources Conference (SRC). He said, “We have shown that it isn’t necessary to charge people more for their coffee to persuade them to ditch a disposable cup in favour of a reusable one. You just need to put a clear price on the cup and let consumers decide if it is a price worth paying every time they buy a drink.

“Single-use packaging has an environmental and a financial cost, but that financial cost is usually hidden from view, so consumers don’t have all the information they need to make informed purchasing decisions. Behavioural science has shown that people will make more effort to avoid a cost – such as a 25p charge on single use cups – than they will to obtain a gain of equal value – like a 25p reusable cup discount.”

The Scottish Government has set up an expert panel, supported by Zero Waste Scotland, to make recommendations on reducing single-use items. The panel’s recommendations include introducing a charge per disposable cup.