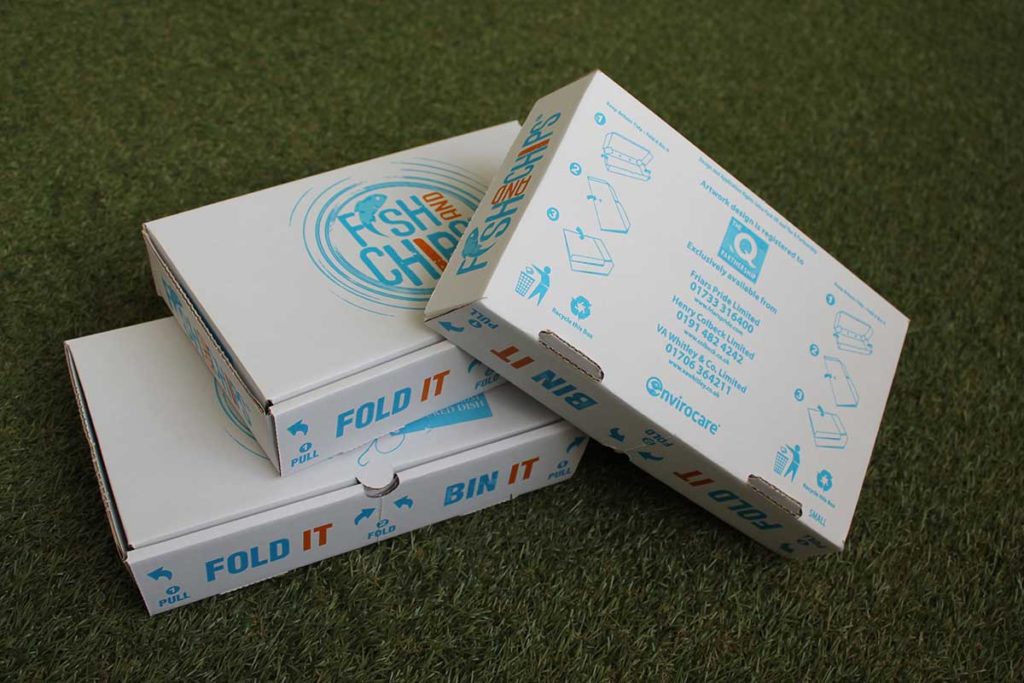 SAICA Pack has teamed up with the Q-Partnership to create a ‘fully collapsible’ fish and chip box design.

The move was in response to complaints from councils in seaside towns regarding overloaded bins attracting seagulls.

Consumers can flatten the box after use to allow for easier disposal. Saica said it means more boxes can be disposed of per bin, which can boost recycling rates and reduce litter problems.

Representatives from Q-Partnership visited Saica’s ‘green-room’ at its site in Greater Manchester to discuss ideas for the pack and worked with the design team throughout the process. The partnership’s customers were asked to test and score each prototype to support the final design decision.

Callum Webster, account manager at Saica Pack said, “This innovative fish and chip box design is testament to the effective partnership between Saica and the Q-Partnership. Together, we have used our expertise to produce a packaging solution which will deliver for consumers, suppliers and local councils. Local authorities were very clear, the issue of overloaded bins attracting seagulls had to be dealt with. This new fish and chip pack will allow customers to simply collapse the box after use, creating more space in bins and avoiding overloading.”