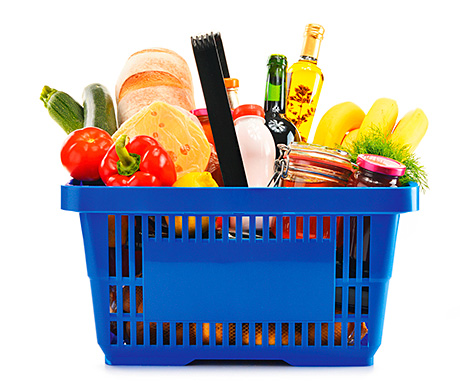 THE UK grocery sector has succeeded in reducing food and packaging waste by 1.7 million tonnes, the equivalent of 4.8 million tonnes of CO2eq under the Courtauld Commitment Phase 2 agreement.

Traditional grocery product and packaging waste in the grocery supply chain was reduced by 7.4%, exceeding the 5% target. Supply chain waste decreased by 217,000 tonnes per year in 2012 relative to the baseline year. With respect to the packaging target, the carbon impact of grocery packaging was reduced by 10.0% against a target of 10%. Grocery packaging weight also reduced by 10.7%.
And with respect to the household food and drink waste target, a 3.7% absolute reduction in total household food waste was achieved (270,000 tonnes) against a target of 4% (92% of the target was achieved).
WRAP added that these achievements should be considered in the context of rising production and sales volumes as well as a rise in the number of households. When these are taken into account, relative reductions of 8.3% in supply chain waste, 14.8% in the carbon impact of packaging and 6.1% in total household food waste have been achieved.
The cost and efficiency benefits of taking action are huge with the value of waste prevented being around £3.1bn. The significant reduction in supply chain waste has been achieved by focusing on preventing waste arising in the first place rather than managing it once it has been created i.e diversion from landfill.
Success in meeting the packaging target was attributed to work undertaken to innovate and optimise product packaging, including, for example, measures such as lightweighting, using recycled content, designing packaging with recyclability in mind and changing product formats to better accommodate consumer needs (for example, the use of refill packs).
Although the household food and drink waste target was narrowly missed, the avoidable household food waste reduced by 5.3%, an achievement that saved consumers £700 million and local authorities £20 million (in 2012 alone). The CO2e savings associated with this reduction amount to around 930,000 tonnes in 2012.
While household food and waste fell 4% short of the target level, WRAP said this was down to changes in eating habits and an increase in the number of households in the UK. Commentators such as Alice Ellison, head of environment at the British Retail Consortium, acknowledged the results represented a shortfall in the reduction of household food waste but were nonetheless “impressive”.
Overall these results demonstrate the continued commitment of grocery retailers, brands and manufacturers to reduce waste. Innovative examples of this include the introduction of Heinz Beanz recloseable ‘Fridge Pack’ to help reduce food waste. Asda increased the shelf life of over 1,500 products with changes to their delivery and store systems while Premier Foods introduced lightweight packaging for Hovis and Sun-Pat products.
Phase 3 of the Courtauld Commitment was launched in May 2013 and runs until 2015.