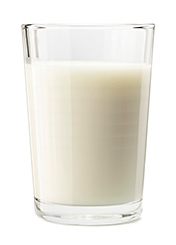 RESEARCH from Tetra Pak has revealed that almost half of Brits don’t fully understand what long life milk is and are oblivious to many of the benefits it offers.

At the same time, the vast majority of us (79%) are pouring milk down the drain because it has gone off before we are able to use it all.
It seems a lack of understanding of what long life milk is made of and its nutritional benefits are at the heart of our confusion, with nearly 50% per cent of us (48%) incorrectly thinking it isn’t as good for us as chilled milk and nearly two fifths (37%) inaccurately believing it has preservatives added to it to make it last longer. Most surprisingly, one in ten (12%) wrongly believe it isn’t real milk.
In fact, long life milk has nothing added to it or taken away and is the same as chilled milk. It is simply heated to a higher temperature to extend its life; a process which does not affect the goodness of the milk.
Three quarters (75%) of us admit we find it ‘really annoying’ when we are caught short without milk, and in the last two weeks alone this has happened to over 21 million of us (34%). One of the main benefits of long life milk is the convenience and practicality of its long shelf life, yet nearly two-thirds (64%) of us have never or only rarely used it, and 8 in 10 (79%) do not know it can be stored, without needing to be refrigerated, for over 6 months.
On top of this, a staggering 82% don’t know it’s best to chill it in the fridge before drinking it, suggesting many of us have been drinking it lukewarm, which is not ideal because it tastes much better chilled.
Our poor milk habits mean we often end up throwing milk away because it has gone off before we can use it all. Despite 3 in 5 (60%) of us saying we feel guilty doing it, over a third (35%) of us have poured milk away in the last month alone. WRAP estimates that, as a nation, we waste 360,000 tonnes of milk a year, costing us £280million. Using both chilled and long life milk can not only ensure you always have a supply of milk available when you need it, but can also significantly reduce the amount of milk you waste.
Emma Marsh, head of Love Food Hate Waste, said: “Keeping a supply of long life milk in the cupboard is one way to help you manage your milk better, cut down your waste and save money.”