EDINBURGH-based Nairn’s supplies oatcakes to major supermarket chains and health food shops across the country. For ease of construction, Nairn’s had traditionally used tuck-in-bottom cases but new criteria set out by supermarkets and food suppliers for the design and performance of shelf-ready cases demanded more efficient handling and faster brand recognition to ensure easier access to products.
Ian Murray, general manager of Murray Packaging, which commissioned the installation at Nairn’s, commented: “The design of the tuck-in-bottomed cases meant there was a lip which the customer had to reach over to lift the carton out – the new case design would simplify this operation and Nairn’s recognised the efficiency gains they would make by automating the packing process.”

Integrated case erector
Accepting the project as a systems integrator Endoline installed a case-erecting and robotic-loading solution to fully automate the packing line.
The case erector seamlessly forms 13 cases per minute with a hot melt glue. Ian commented: “In this instance a hot-melt glue application was recommended as it secures the base of the box without producing an overlap which can often be the case with tape applications – allowing Nairn’s to meet supermarket shelf-ready expectations.” The case erector is built and programmed into an Endoline conveyor system which is feeding formed cases directly into an Endoline robot cell.
Packing up to 80 cartons of oatcakes per minute the robot cell deploys with a six-axis ABB robot arm, equipped with a specially designed gripper that is easily fitted with between six and 12 quick-release suction cups so that the operator can select packing quantities from six to 12 cartons per case using a pre-programmed list of recipes via Endoline’s simple to use HMI.
Automation has not only improved the efficiency of the packing line but allowed Nairn’s to redeploy valuable labour elsewhere in the operation. Gavin Love, technical director at Nairn’s commented: “We were very impressed by the expertise shown by Murray Packaging and Endoline in translating our initial thoughts into a workable solution. We were especially impressed by the design, installation and commissioning of the equipment which enabled an efficient startup and transition.” 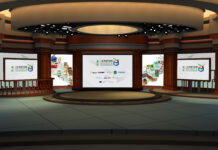 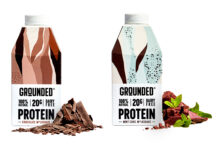 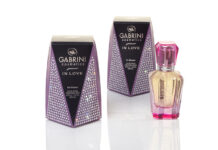