DANISH plastics packaging producer Faerch Plast A/S has announced plans to open a state-of-the-art manufacturing facility in the North East of England.
A large part of its production for the UK market will be moved to the new Durham-based plant as part of an on-going strategy to secure costs, improve efficiencies and minimise its environmental impact. 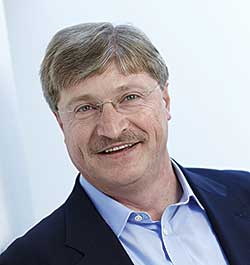 Faerch Plast A/S has acquired 14,000 sq. metres of factory buildings with a view to starting production in the summer. It is hoped the move will help improve operating efficiencies, shorten lead times and further strengthen the overall service provided to its UK customer base.
CEO Lars Gade Hansen said: “In the future, part of our sales in the UK market will be produced at the factory in Durham. The products in question are primarily trays used for ready meals and fresh meat.”
Faerch Plast A/S has also acquired a plot adjacent to the new factory, and as a consequence the Holstebro-based company now has 30,000 sq. metres of industrial site at its disposal. This will allow for the possibility of further expansion as demand increases. This significant investment is part of a long-term strategy of being close to its customers, which means that they, among other things, can achieve a high level of supply security.
Joe Iannidinardo, MD of Faerch Plast in the UK, added: “We have a great working relationship with our UK partners and the local authorities, and that has proved a great advantage during the planning phase. We have concluded a very good agreement, and we are looking forward to starting up the new plant in Durham. It will bring Faerch Plast A/S even closer to its UK customers.”
Hansen continued: “Finally, the move also means economic security. Over the past four years, we have witnessed a sharp fall in the exchange rate for the British Pound against the Danish Krone. The insecurities this has created for us, as well as for our customers, will be reduced by manufacturing a large part of the plastic packaging in the UK.”
Over the next six months the plant in Durham will be readied for production, with the installation of new specialised machines for the manufacture of plastics trays, the transfer of equipment from Holstebro and the Czech Republic, as well as the hiring and training of new staff.