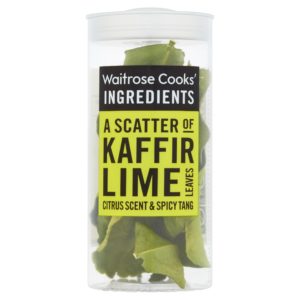 WAITROSE is to change the name of its Cooks’ Ingredients Kaffir Lime Leaves to Makrut Lime Leaves, with the new packaging set to be rolled out by early next year.

The supermarket explained that the change comes in response to customer comments it has received, with the original name of the product having historically been a racial slur in South Africa.

Waitrose said that the new packaging of the dried lime leaves, which are a popular ingredient in South East Asian cuisine, will be launched by early 2022.

Helena Dennis, Waitrose grocery trading manager, commented, “This name change is a crucial step in recognising how important it is for us to listen to customers and educate ourselves when it comes to the language we use.

“While some of our customers may be unaware of the connotations of this particular word, it’s important to us that we avoid offending anyone who shops with us. It is changes like this that ensure we are moving forward. We need industry-wide support on this, and encourage other retailers to do the same in order to make a difference on a widespread, national scale.”

Waitrose explained that the previous name for Makrut Lime Leaves is still ‘widely’ referred to in cookbooks and other printed literature, so it also pledges to explain the change in name via on-shelf labelling, its recipe cards and in its Cookery Schools.