SAICA Group has published its new strategic plan, which will serve as a reference for the company’s decision-making over the next five years.

‘Saica 2025: Building the Future Together’ was launched at a digital event, which outlined the main lines of action that Saica Group will follow, such as the improvement of efficiency of the four business areas and the development in Europe and the United States.

“The 2025 Strategy of the company will serve to reinforce our value proposition for all of the stakeholders: customers, employees, shareholders and the communities we operate in, among others,” he said.

Saica plans to make an average yearly investment of 230 million euros in technologies as well as funding towards the development of sustainable growth. Environmental commitments include reducing its carbon footprint and pursuing zero waste to landfill. 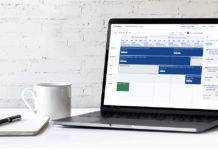