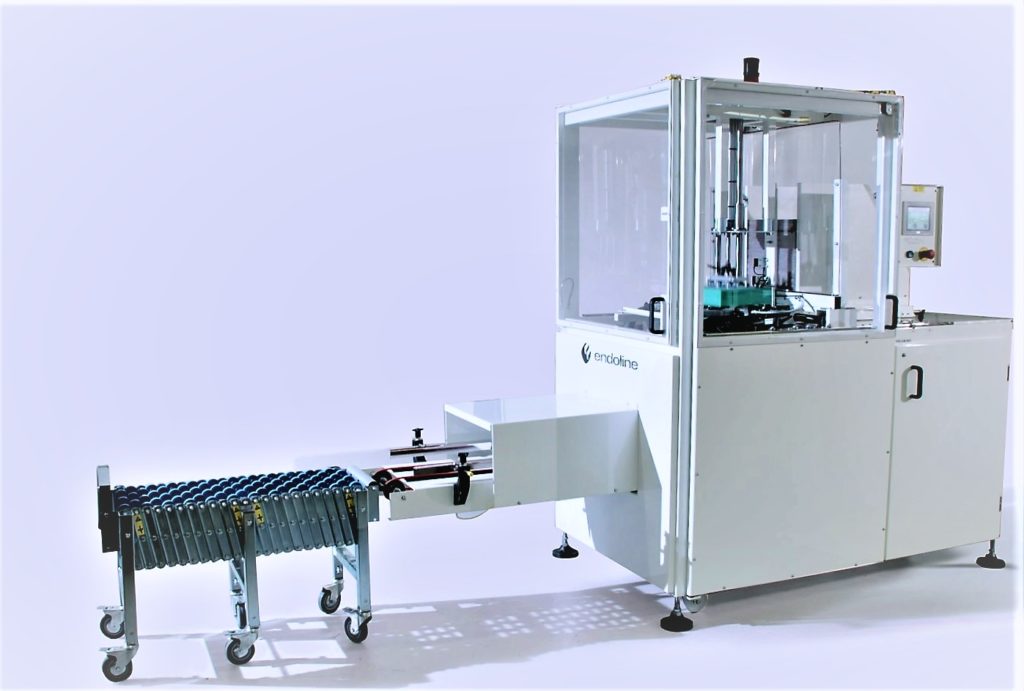 ENDOLINE Automation has announced that the business has ‘re-engineered’ its tray erector to help a supplier of food pouches to major supermarket chains form non-standard sized, shelf-ready trays.

Endoline revealed the customer was looking to automate the ‘labour-intensive’ process of erecting up to 10,000 trays a week.

Packing a baby food brand into pouches, they required a system which could manage the construction of both standard and taller sided trays, to meet demand for trays which could be transferred directly from a pallet onto a supermarket shelf.

Due to the height of the pouches, Endoline explained that they were unstable within standard sized trays and made unpacking and shelf presentation ‘inherently difficult’.

The first standard sized tray had four sides of equal height and was fitted with RRP pouch pack units to hold the products in place. The non-standard sized taller tray featured three higher sides, with a shallow front for full product visibility.

Endoline, working with Scottish distributor Murray Packaging, modified the tooling on the 501 tray erecting system to manage the forming of both tray sizes.

Described as being rigid in construction due to the use of corrugated board, the trays featured printed branding so accurate and reliable forming was needed to ensure product presentation was maintained.

Using a hot melt glue to seal and secure the trays, Endoline said the 501 tray erector is now forming up to 25 trays per minute and has been programmed for ease of tray size changeover, keeping downtime to a minimum.

“Endoline’s tray erector has the capability of handling trays of varying sizes,” said Ian Murray, from Murray Packaging. “However, this was a new tray size which had been created to suit the pouches. As with all customised Endoline systems, the design team and engineers worked to create a solution for the customer. They are very happy with the tray erector, which is now seamlessly forming 7,000 of the taller, non-standard trays every week along with the standard trays.”