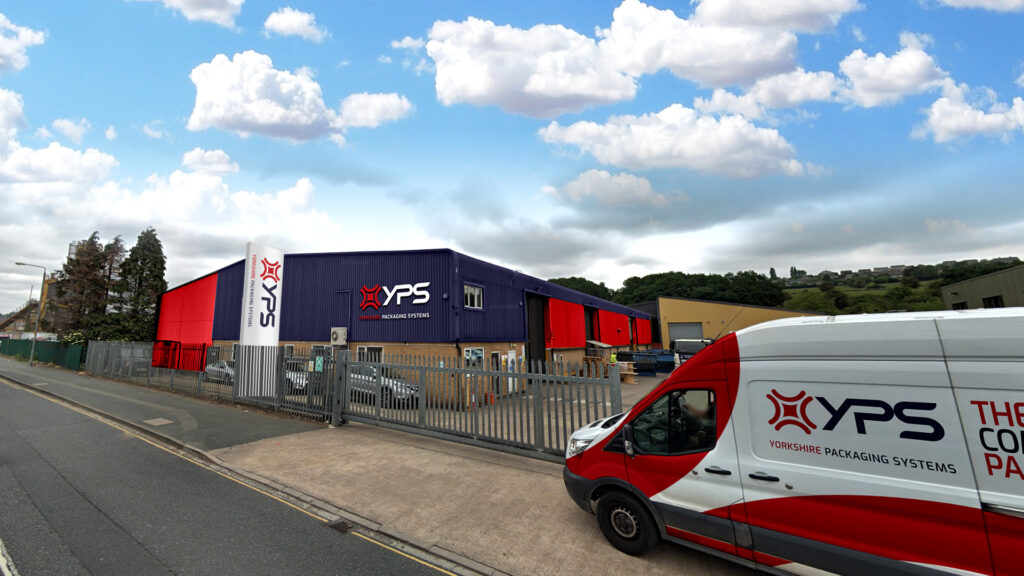 YORKSHIRE Packaging Systems (YPS) will become a two-site operation when the business moves into its new HQ in Brighouse, West Yorkshire in early 2021.

The company bought the 30,000 sq ft premises almost two years ago but only took possession in September due to a sale and lease back agreement with the previous owner. The site is currently undergoing a substantial fit-out operation ahead of the big move.

At the time of purchase, YPS intended to vacate its existing 20,000 sq ft home in Dewsbury, but recent growth has been so significant that the firm now plans to retain that base too for extra storage and flexibility.

MD Glyn Johnson told Packaging Scotland, “We’ve outgrown where we are. Our sales have increased by 50% in the last three years. As our sales go up, we need more stock. More stock needs more space.

“We bought the new premises nearly two years ago, but it was a sale and lease back operation because the people selling weren’t ready to move out.

“We’re currently getting an office block built. Between the two sites, we’ll have 50,000 square feet under occupation. We’ll have a brand new front of house showroom for customers and a workshop.”

The relocation has also created several job opportunities. A new spare parts manager is coming onboard along with new engineers and office personnel. An additional salesperson has already started in preparation for the move.

“We’ve got a target to get to £20 million turnover in the next five years,” he added. “We’re at £13 million now. We’re now selling stretch wrappers and expanding the offer all the time. We’re having a massive rebrand too as part of the move.”

While many companies have been adversely impacted by the Covid-19 pandemic, YPS has continued to expand since the initial outbreak.

The firm was classed as an essential business due to its work within the food sector and recently had a Covid testing wrapping machine signed off by the department of health.

Glyn said he expects the new HQ will give employees a huge lift.

“We’re getting brand new office furniture; our investment has been £600,000 just on the fit-out of the building,” he explained. “We’re going to have a far better working environment. We’ve been at our existing premises for 30 years. They’ve served their purpose. We’re all getting excited now as we see the office block taking shape.”

Looking ahead, YPS is aiming for ‘more of the same’ in 2021. The company plans to host an open day to celebrate the opening of the new site if government guidelines allow it. The firm is working on new developments in the food market and eyeing continued growth.

Recyclability remains an important trend for many customers and, in Scotland, YPS will continue to serve the whisky industry and work with a number of produce packers.