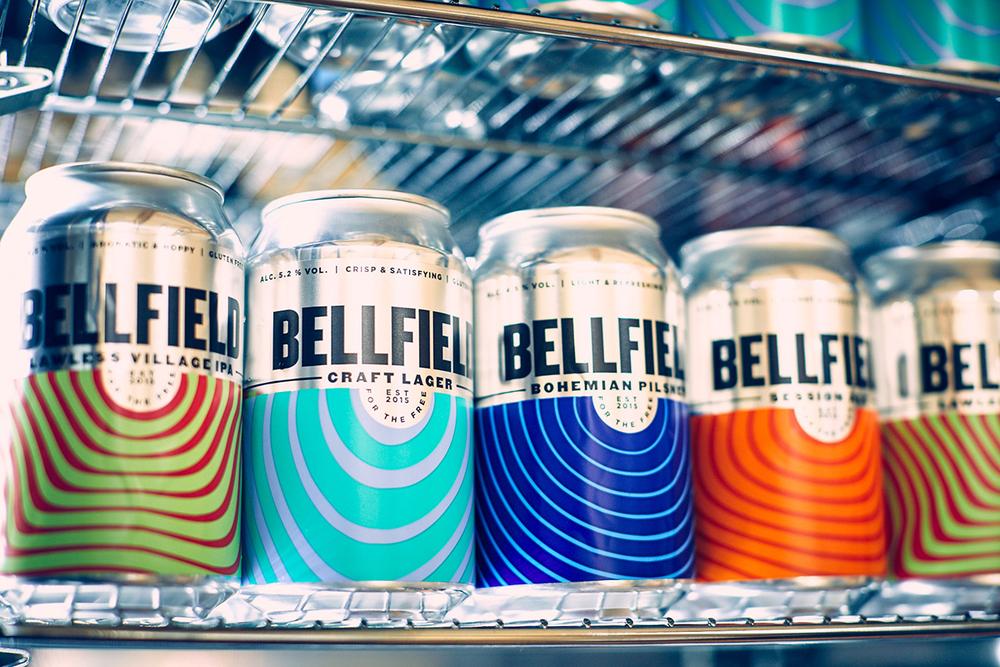 AN Edinburgh beer firm has undergone a brand and packaging shake-up, after saying that its original branding was ‘increasingly inflexible’.

Bellfield Brewery, a producer of vegan and gluten free beers, worked in collaboration with Glasgow-based Thirst Craft to develop what they said is a more ‘vibrant’ and ‘coherent’ brand that will deliver a stronger presence on crowded shelves – while building on the success of their initial branding.

The new branding and packaging, dubbed ‘resonance’ by the firm, will see the brewer step away from its original bell logo branding and instead opt for a ‘clapper’ – which Bellfield Brewery said forms a strong metallic shape on their packaging, from which ‘bold colour patterns, inspired by sound waves, resonate out.’

A spokesperson for the firm commented, “Each of our beers’ flavour profiles is reflected through shifting patterns and complementary – or contrasting – colours, while always remaining recognisably ‘Bellfield’. This pattern philosophy will allow Bellfield to easily extend the range with resonance patterns that reflect the character of the beer.”