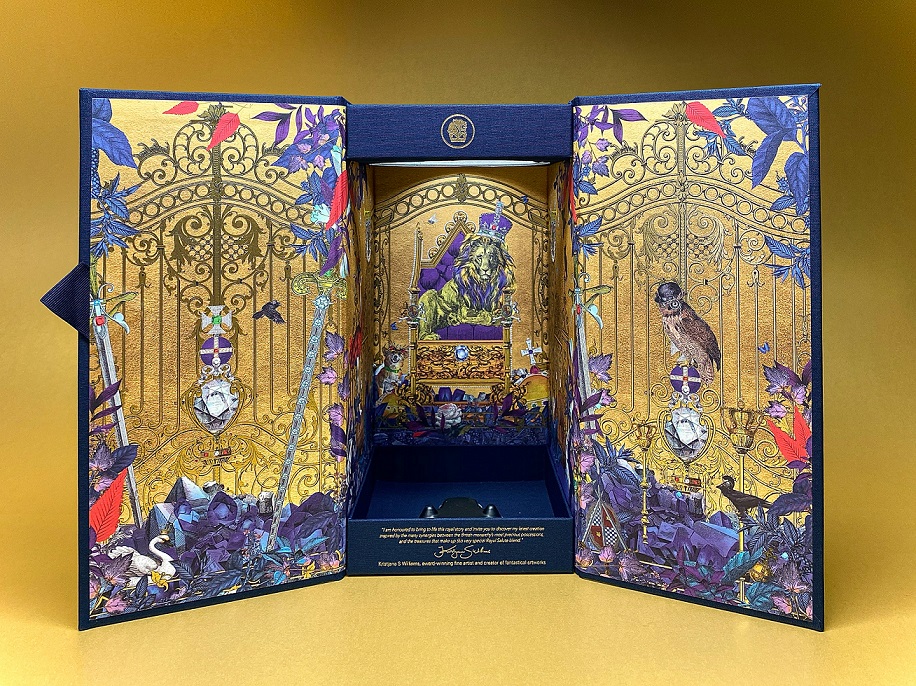 POLLARD Boxes has produced a new presentation box to highlight the significance of the latest addition to the ‘King of Whisky’ Royal Salute’s permanent range.

The new Treasured Blend is the first 25-year-old expression in the Royal Salute portfolio. Created by master blender Sandy Hyslop, it has been inspired by the Crown Jewels of England, bringing together ‘precious and powerful’ whiskies first laid down a quarter of a century ago.

Pollard said the key packaging requirement was to convey the luxuriousness and premium nature of the whisky. The box is manufactured in a book cloth material combined with intricate fine gold foil patterns and text. The double door design incorporates two detailed metallised labels on the front and then opens to reveal a panoramic illustration from Royal Salute collaborator and fine artist Kristjana S. Williams. This depicts the animals of the Royal Menagerie attending a coronation celebration surrounded by the Royal Regalia at the Tower of London.

Pollard added that the open weaves in the book cloth required ‘complete attention to detail’ during the foiling process. A similarly high level of technical skill was required in the production of the five-door design, combining traditional production methods with the latest automated equipment.

The box also incorporates Pollard’s FOTL (Front Opening, Top Loading) technology. This allows the bottle to be placed into the box while remaining in a case of six for onward delivery. The lid is then locked into place, enabling the box to be opened from the front.  Vacuum formings in the lid and base hold the bottle in place throughout the distribution chain.

Royal Salute was first created as a gift for the coronation of Queen Elizabeth II in 1953 and has since been the official partner of all ceremonial royal gun salutes fired at the Tower of London. 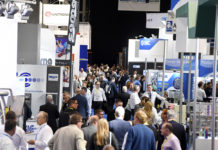