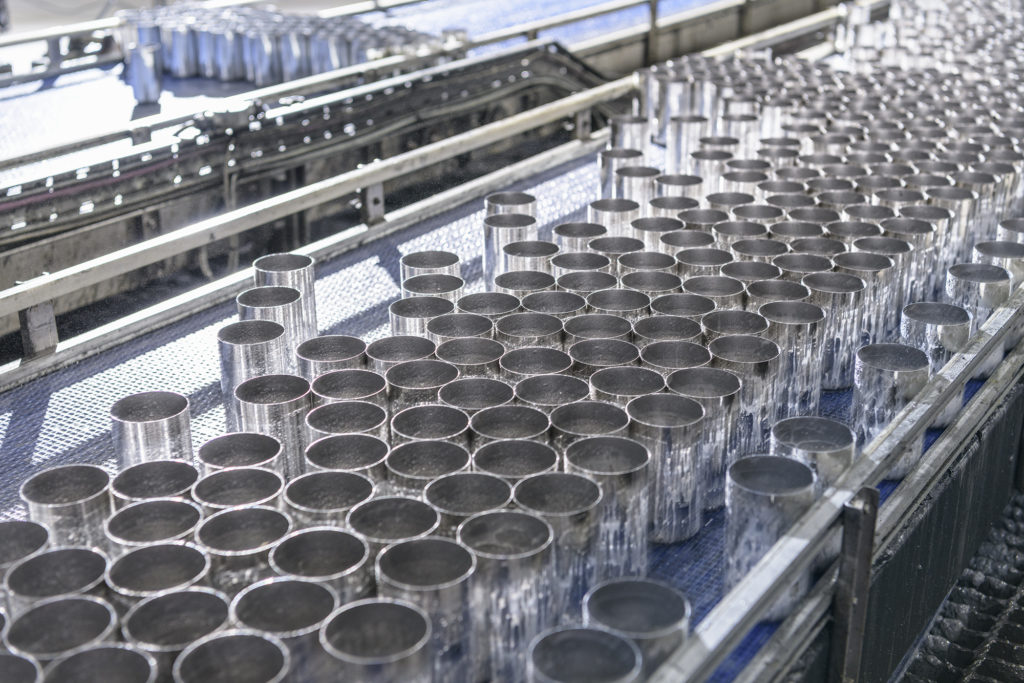 THE Aluminium Packaging Recycling Organisation (Alupro) is urging MSPs to vote against the Scottish Government’s proposals, as they currently stand, for a national deposit return scheme (DRS).

Scotland’s DRS is due to come into force in 2022. Under the proposed regulations, a flat deposit fee of 20p will be applied to all sizes of beverage container, which could see customers charged an additional £4.80 for a 24-can multipack, while only 80 pence for the same volume of drink packed in four large plastic bottles.

Alupro claimed that, in this scenario, independent research suggests two thirds of consumers would be likely to opt for larger plastic alternatives.

A Survation poll, commissioned by Nature 2030 (described as an international coalition of businesses, politicians and activists working in cooperation to tackle environmental challenges), identified that Scots were ‘fundamentally against’ this approach, with almost six-in-ten backing an alternative model in which the deposit level varies based on the size of the container they buy.

Just 12% of respondents offered their support to a flat fee.

A number of industry bodies have spoken out against the flat deposit fee, including the Metal Packaging Manufacturers Association, UK Can Makers and Alupro, who have formally written to the First Minister, members of the Environment, Climate Change and Land Reform Committee, and Zero Waste Scotland to raise their concerns.

Rick Hindley, executive director at Alupro said, “While we are fully supportive of a well-designed DRS, we remain deeply apprehensive about a number of points outlined within the regulations in their current form. It is our primary concern that a flat deposit fee will unfairly distort the market and result in a tidal wave of unnecessary plastic bottles – a key issue that the scheme is fundamentally trying to solve.

“What’s more, the majority of consumers buy multipacks, and, at the point of purchase, these will become almost twice as expensive as the equivalent volume in plastic if a DRS is introduced with the same deposit fee. This would not only be a significant additional upfront cost for household budgets, but also result in more customers switching to plastic.

“Aluminium cans are a lightweight, valuable and infinitely recyclable material – the perfect example of a circular economy. In the UK, 75% of aluminium beverage cans are already collected and recycled every year, providing feedstock for new cans to be made. As aluminium cans are the world’s most recycled drinks package, replacing them with plastic alternatives would be a travesty, but unfortunately a real possibility if regulations are approved in their current format.

“To prevent this scenario, we suggest that the deposit amount should not be specified in the regulations and the scheme administrator should set the variable deposit fee based on the size of container, which is normal practice in other countries with high performing DRS systems.”

Robert Fell, director and CEO of the Metal Packaging Manufacturers Association said the regulations could ‘severely disadvantage’ cans and consumers.

“The argument that consumers would redeem their money when the pack is returned simply does not hold sway as research indicates that two thirds of consumers would most likely choose the cheaper option, many unable or unwilling to fund the initial extra payment,” he explained. “This is an ill thought through approach which will disadvantage a pack that already has a higher recycling rate than comparable materials.

“The current recycling rate for beverage cans standing at 75% is already in excess of the Scottish Parliament’s first year target of 70% recycling for 2023. The MPMA does not reject a DRS per se but calls for a variable deposit rate according to container size rather than unit, so that the very real risk of market distortion can be avoided. The Scottish Parliament still has time to reconsider its regulation before it becomes enshrined in law. The MPMA urges it to think again.”