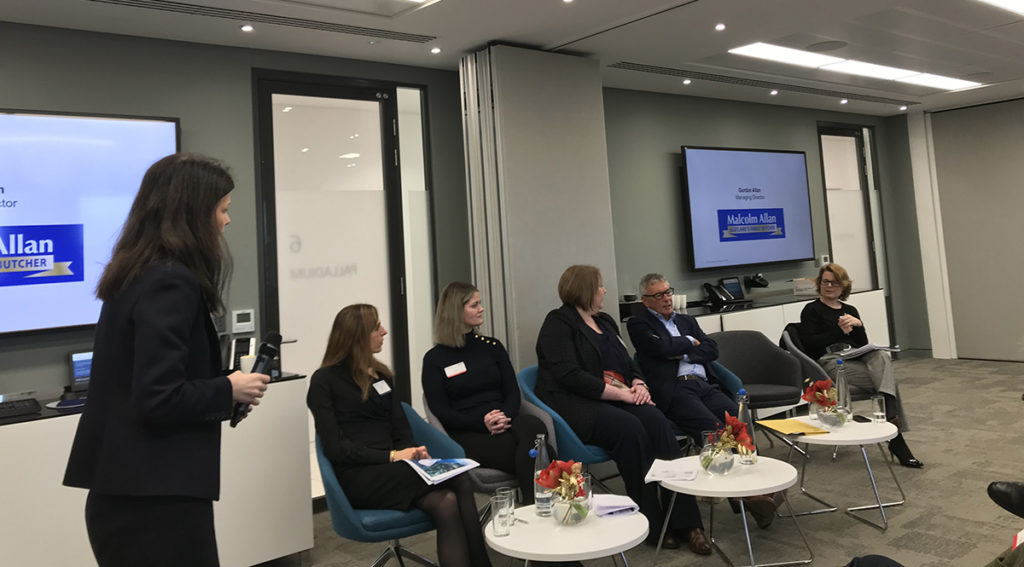 ONE of the biggest challenges currently faced by businesses across Scotland is keeping abreast of the constantly evolving legislation around sustainability matters.

With different rules being passed at EU, UK and Scottish levels, simply staying on top of everything can be a tough ask for even the largest of companies, far less SMEs.

Law firm CMS recently teamed up with the Food and Drink Federation (FDF) to host an event in Edinburgh, looking at the impact of plastic waste regulations for the nation’s food and drink sector.

The aim was to provide information to attendees about current as well as upcoming legislative changes around single-use plastics and other measures aimed at boosting the circular economy.

Joanna Waddell, an Environmental Law specialist at CMS, told Packaging Scotland that the event was a follow-up to one held in March last year, which focused on plastics.

“We felt there was so much policy legislation (and) plans in the pipeline that it would be useful to do a session to inform clients and businesses that are going to have to implement the legislation coming in,” Joanna said. “It seemed to start a chain of thought for a lot of attendees that actually this is something they need to be thinking about now. We thought it would be useful to do an update in November as quite a lot has happened this year (2019) in terms of EU legislation and also Scottish policy and legislation.”

The event included talks from Suzie Carlaw, marketing manager at Border Biscuits, who presented a case study on the firm’s reduction of plastic packaging; and Gordon Allan, MD at Malcolm Allan, on the challenges of food safety and sustainable packaging.

“With these seminars, it’s always much more interesting if you have someone in the industry who can talk about the issues that they’re facing with new legislation, what they’re doing about it, and what problems they’ve come across,” Joanna added.

Other speakers included Cat Hay, policy manager at FDF Scotland, while a ‘lively’ Q&A session resulted in a range of views exchanged on current and upcoming changes.

“There’s been a raft of changes recently,” Joanna added. “A lot of it has come from Europe under the Circular Economy action plan and the Single-use Plastics Directive, the revised Waste Framework Directive, the revised Packaging and Packaging Waste Directive, and the plastics strategy. Although the UK is leaving the EU, commitments have already been made by the UK and Scottish Governments to adopt the principals contained in these Directives. The Blue Planet effect is a big factor. In Scotland, a lot of it is driven by consumer pressure which has resulted from the Attenborough programmes as they raised awareness amongst the general public of the plastic problem that we have not seen before. We’ve long known that single-use plastics are a problem, but over the last two years there’s been a massive increase in awareness at local level. Schools are looking at projects to reduce plastics; it’s really mushroomed.

“Particularly under the EU plastics strategy, (they’re) looking specifically at plastic packaging and it’s very much driving Member States to improve product design, boost recycled content, separate the collection of plastic waste and effectively reduce as far as possible single-use plastics. There’s also the issue of these plastics ending up in the marine environment, which has had a lot of press, and the need to look more at what can be composted and what is biodegradable, and what the standards should be, which is pushing producers to be innovative and redesign their packaging.” 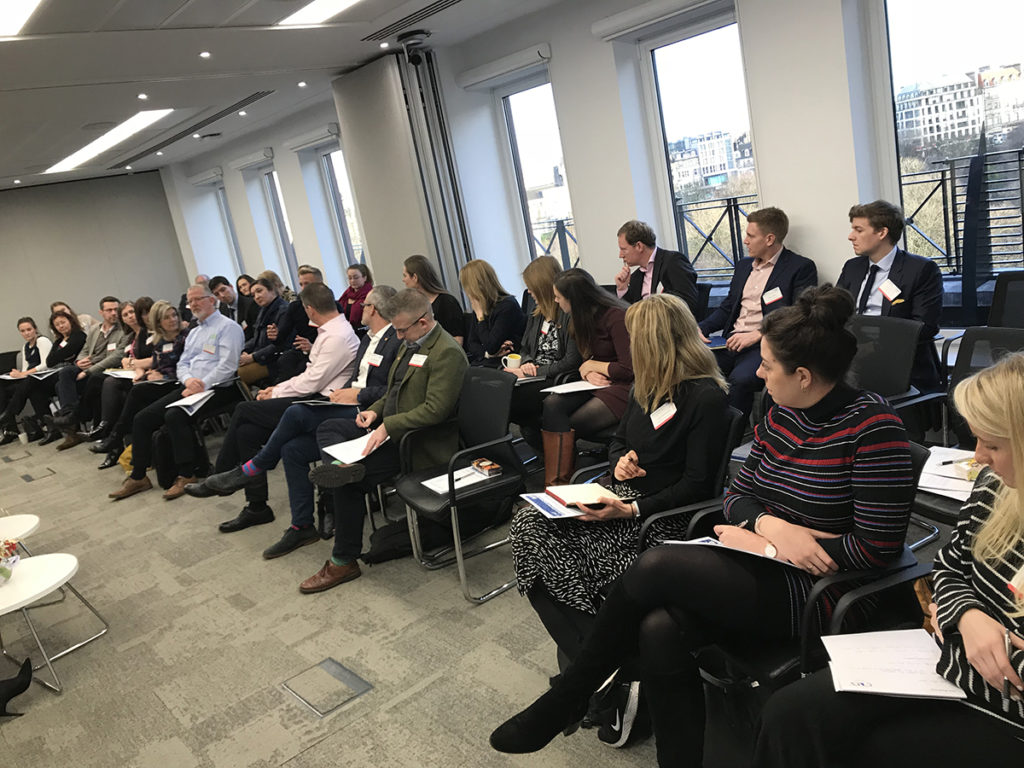 The potential introduction of a UK-wide plastic packaging tax to encourage the use of more recycled plastic has been mooted. Scotland has already banned plastic stem cotton buds and micro beads, with plans afoot to outlaw single-use plastic cutlery by July 2021. There is also, of course, the impending introduction of a Deposit Return System (DRS).

Joanna added, “The message is very much that all this change is coming in. Undoubtedly, it’s going to cost businesses money as some of them are going to need to re-think their plastic packaging and how they can make it reusable/recyclable/biodegradable/compostable. Also, it’s important these businesses are aware of what’s going on and don’t get left behind. It’s a huge PR opportunity. Corona revealed recently they had found a way to make their aluminium cans stack together, managing to avoid the use of plastic wrap. That was front page news! Companies are innovating and using it as a PR opportunity – and I think there’s an opportunity for Scottish businesses to do that as well, to not see it as too much of a burden but as a way of promoting their products and highlighting that they’re moving towards reducing plastic in their packaging. There will be an investment initially, but in the long-term hopefully it will reduce costs for them.”

Kirsty Ritchie, communications executive at FDF Scotland, said a big part of the organisation’s role is keeping members up to date with policy changes and ensuring their voices are heard through consultations.

“We are responding to these consultations, including in Scotland with the circular economy bill consultation and also the DRS one,” she added. “There are some issues in terms of investment. Initial investment is difficult. One member said to us that if they were going to change packaging, this was going to take an initial investment of around £500,000. Government do need to support companies around innovation and funding.

“There’s so many policies. It’s not all joined up because you have things coming from the EU, Scotland and the UK. Things like DRS is going to come to Scotland before the rest of Britain. That makes it challenging as well.”

Olivia Jamison, a partner at CMS, said one of the most challenging aspects for businesses is that issues aren’t necessarily being considered in a “holistic” way.

“Joanna has talked about the plastic tax; Kirsty has talked about DRS and some of the challenges, particularly if it’s introduced in Scotland before the rest of the UK,” Olivia said. “Many producers just put (products) on the UK market. They don’t necessarily know where their produce is going to end up and be sold. Some issues in relation to the draft legislation really need to be properly and fully considered to ensure the system is workable and achievable for everyone. Also, what’s up and coming across the UK is reform of the packaging waste regime, the PRN system. We’ve all seen the documentaries about plastics going off to China and all of those restrictions now being imposed, but the issue is that at the moment, producers and others in the supply chain are only funding 7-10% of the costs of treating the waste on the products at the end of waste lifecycle. That’s going to change to 100%. When this comes in, automatically those costs are going to hit margins very hard. Everyone’s very supportive of the end outcomes in terms of ensuring less waste and better use of resources; the issue is it is going to be more expensive for everyone and that needs to be factored into business decisions now, not in three years’ time when the regulations are actually taking bite.”

Olivia highlighted Highland Spring as a positive example of a company that has grasped an opportunity through the introduction of more environmentally friendly products.

“The other side of things is collaboration. Everyone in industry in every kind of dimension is facing the same issues and it’s really important that people collaborate. For example, Colgate have just found a way of being able to use different materials which allows their toothpaste tubes to be recycled. They’ve just shared that.

“Forward-thinking companies are taking the view that this is an issue for everyone and the only way to facilitate change is to share the ideas. The more we see of that, the more we can all help each other.”

Speaking after the event, Olivia said it was clear that businesses want to be proactive and do the right thing, but with so many different measures overlapping at the moment, it’s not entirely clear how they are all going to interact.

She added that the thing that surprised her most from the event – which included representatives from the packaging sector and food and drink producers – was the strength of feeling in the room. “It wasn’t necessarily strength of feeling against the measures, but how to practically implement all of this and still operate businesses and have the same level of operations,” she explained. “From our perspective, what we’re saying is we don’t have an angle, we just want people to know what’s going on so they can take it into account when making investment decisions and there are no nasty surprises.”