AN iced coffee brand that racked up over one million views after posting a tongue-in-cheek rap song online is set to transition its packaging to being entirely plastic-free, after a discovery on a Dorset beach stunned the co-owners into action.

“I don’t think we’re currently the leaders in alternative packaging – but we are trying to be at the forefront of it by being one of the first people to switch to a plastic-free range,” Luke Wilkes, operations director of Jimmy’s Iced Coffee, told Packaging Scotland.

A bold target, but one coming from a firm that quite literally went from beginning in a bedsit to sitting on the shelves of major UK retailers – so perhaps, in their case, not all that outlandish.

Founded by brother and sister, Jim and Suzie Cregan, the idea of selling iced coffee in Britain was an innovative one at the time – but the beverage has since gained popularity, thus creating a competitive market for it.

Currently produced in recently rebranded paper cartons, the unique designs are contributors to the firm’s success and undoubted eyecatchers – ironically, perhaps also the downfall of this form of packaging for the coffee, after Jim spotted the same form of plastic cap used by the firm lying discarded at the local beach.

“The beach is massive to all of us; half of our crew are surfers, and the rest of us are just avid barbecue on the beach lovers. It makes a massive impact waking up and seeing it every day,” Luke said. “We’re fortunate that we have some of the best beaches in the country – we need to maintain that, and as a brand contributing nine million (recyclable) plastic caps a year is not necessarily going to be a positive step in that regard.”

Luke admits that the preparation behind the firm’s imminent switch to aluminium cans has been his ‘night and day’ for a year now, insisting that it is not simply a case of just switching containers at the flick of a switch.

“It’s a big change for the business, and a lot of that comes down to the fact that the manufacturing infrastructure in this country has been a bit behind where it needs to be in terms of drinks manufacturing and capacity. From everyone I speak to within manufacturing no one was really ready for the ‘Attenborough moment’ – it just kind of happened, and now everyone is playing catch up,” he added.

The firm’s iced Flat White has already transitioned over into can form, with Jimmy’s launching it in August of 2019 after partnering with Ball Corporation for the aluminium containers. The quirky, unorthodox designs of the cartons aren’t easily transitioned over to aluminium form – with Luke citing the broad shape of the cartons as allowing for more freedom in design. He, however, insists that there is full confidence in a similar level of design being achieved in the transition to cans. 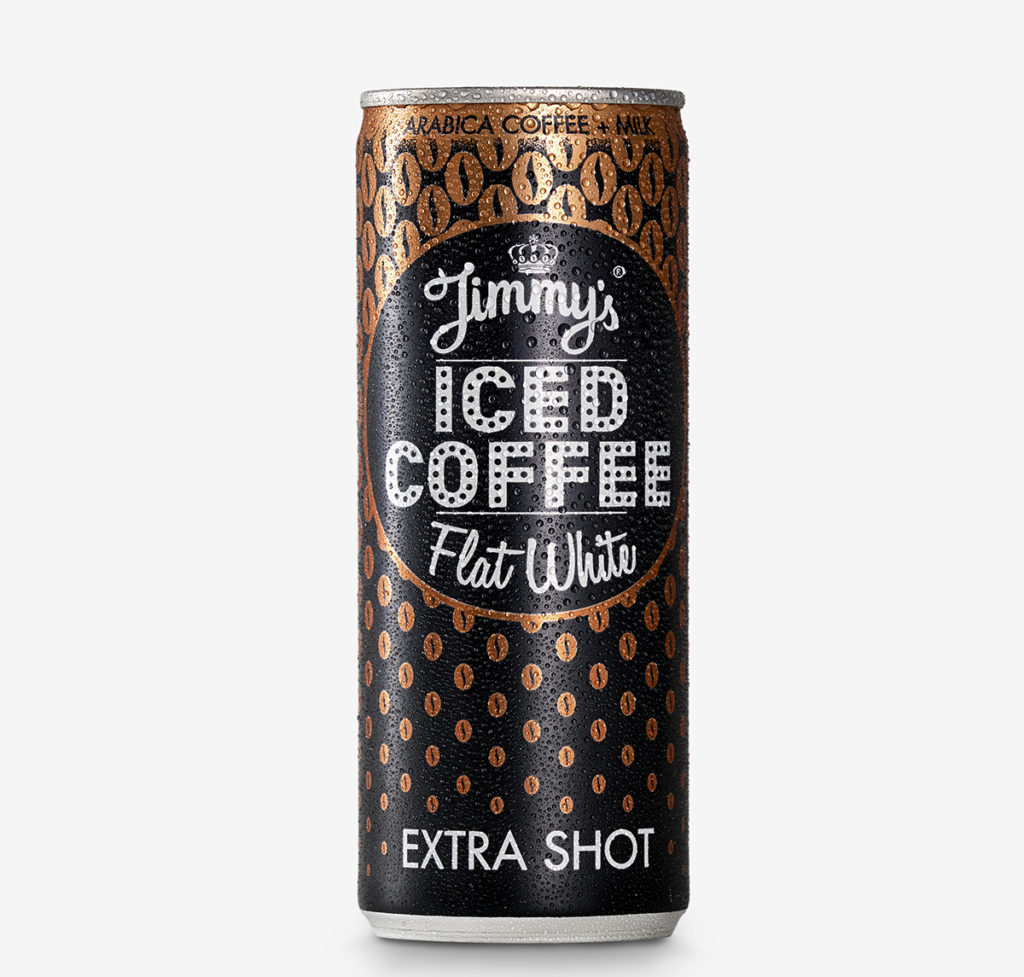 “Our design team are so good, we’re very lucky to have an in-house design team who live and breathe the brand and make it what it is,” he said.

“So every single thing that you see which has a Jimmy’s logo on it – whether it be one of our transit vans, packaging, website – is designed by our design team, so we’re in capable hands and we’re able to fully trust them with that process.”

Luke said that everything is close to being in place for the switch, and those at the firm are looking forward to switching the packaging up for the first time in eight years.