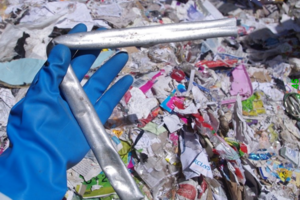 THE Environmental Agency (EA) has promised to treat illegal waste exports as a ‘priority’, after fining a waste management company for illegal exports.

Biffa was hit with the penalty earlier this year following a three-week trial over the sending of contaminated household waste to China for recycling between May and June of 2015.

In a hearing held last week (September 27), Wood Green Crown Court heard details of four further charges against Biffa for the illegal export of 42 containers of household waste to India and Indonesia between November 2018 and February 2019.

EA has now said that they will work closely with HMRC to review inconsistencies between customs information and packaging data, and will create an investigations team to target serious offenders.

Malcolm Lythgo, head of waste at the environment agency, said, “We are pleased with the court’s decision. We want all producers and exporters of waste to be responsible and make sure they only export material that can be legally and safely exported for recycling overseas.

“Illegal waste export blights the lives and environment of those overseas. We continue to treat illegal waste exports as a priority and will not hesitate to take appropriate enforcement action against those found to break the rules.

“Between 2018 and 2019, we prevented the illegal export of 12,690 tonnes of unsuitable waste and are working with the government on a number of measures to tighten controls including increasing monitoring of international waste shipments and charging higher fees to improve compliance.”