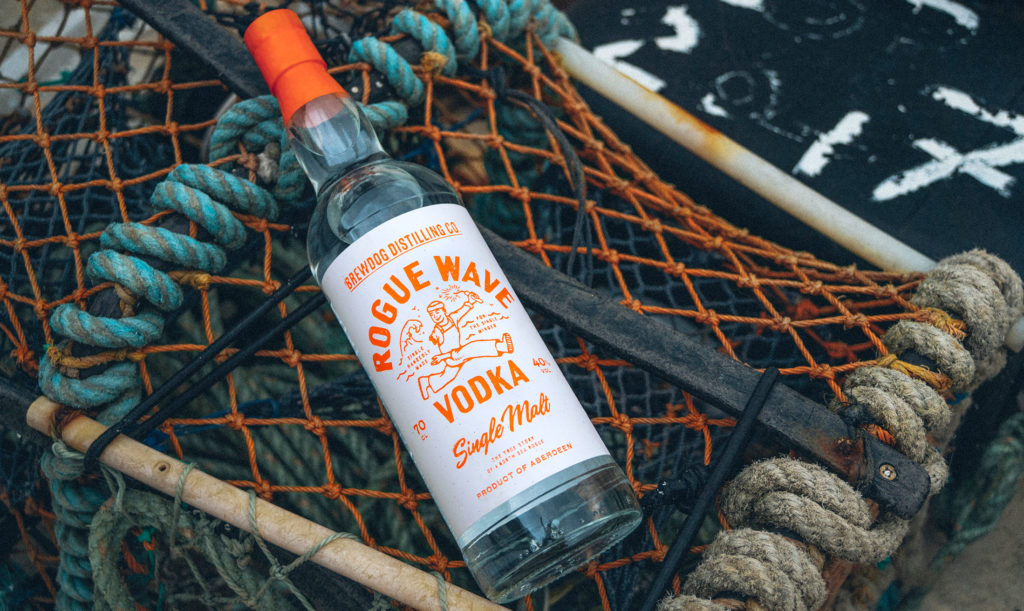 BREWDOG founder, James Watt, has had his cousin honoured in the packaging design of the firm’s new Rogue Wave vodka.

LOVE, a Manchester based creative agency, was recruited by BrewDog to create a design for the drink which reflected the company’s Aberdeen heritage.

The finished design was based on the story of James’ cousin Alex losing his arm in a freak accident whilst fishing in the North Sea.  The incident, alongside Alex’s character, was what inspired the agency to design the packaging around him.

Featuring a one-armed Alex on the front, his ‘self-assured, irreverent and rebellious’ personality is exemplified by the lit firework being prepared to be thrown in the deliberately lo-fi pack illustration.

With Alex’s severed arm tucked into the pocket of his orange oilskin in the illustration, the colouring of the garment is featured throughout – appearing on the pack label, and bottle top.

LOVE founder & executive creative director, David Palmer, said,“When we heard the story of James’ vodka loving cousin Alex, we just knew it was gold dust. Marry that with a hugely characterful single malt vodka and you get a straight-up, yet darkly humorous new entrant into a category that arguably needs an injection of personality”.

BrewDog managing director, David Gates, added,“Once again, LOVE has nailed the brief to create a stand-out brand from scratch. Leaning on our founder James Watt’s family history has allowed LOVE to create a distinctive pack design and branding, making Rogue Wave stand out amongst the repetitive reds of other vodka brands.

We’re immensely proud of the quality of design and speed of which we’re entering the spirits market this year, as testament by stellar sales figures and consumer feedback. With more brands still to come, watch this space”.