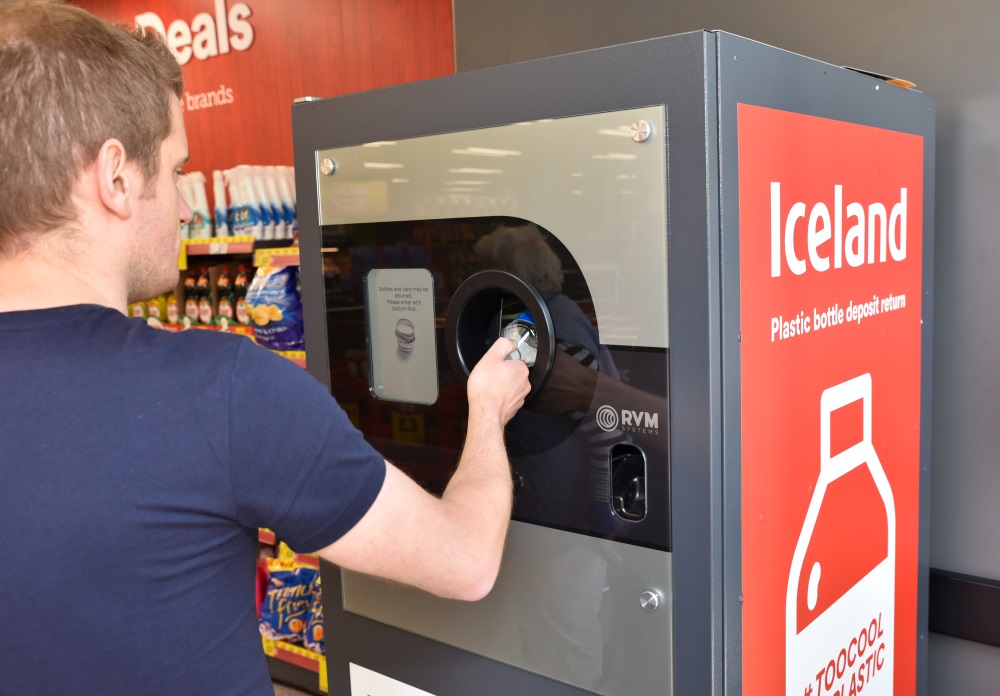 ICELAND has revealed that over one million plastic bottles have been recycled in their reverse vending machines this year.

The supermarket first introduced the machines to stores in Belfast, Fulham, Mold, Musselburgh and Wolverhampton last year, before collecting customer opinion on the system – with 96% of those being asked saying they believe that the scheme should be extended to all retailers, 67% saying they use the machines because of environmental concerns, and 75% believing a 20p deposit on all plastic bottles to be a good idea.

Richard Walker, managing director at Iceland, said, “The results from our reverse vending machine trials highlight the growing demand from consumers to have a deposit return scheme introduced across the UK.

“Iceland was the first retailer to trial reverse vending machines and we believe the customer feedback we have received shows that our simple model of accepting all sizes of plastic drinks bottle – and extending this to include drinks cans – is the only sensible way to roll out a deposit return scheme nationally.

The Scottish Government are due to introduce a similar deposit returns scheme across all stores in the country before the end of the year, with a 20p deposit coming alongside all beverages in cans and plastic bottles