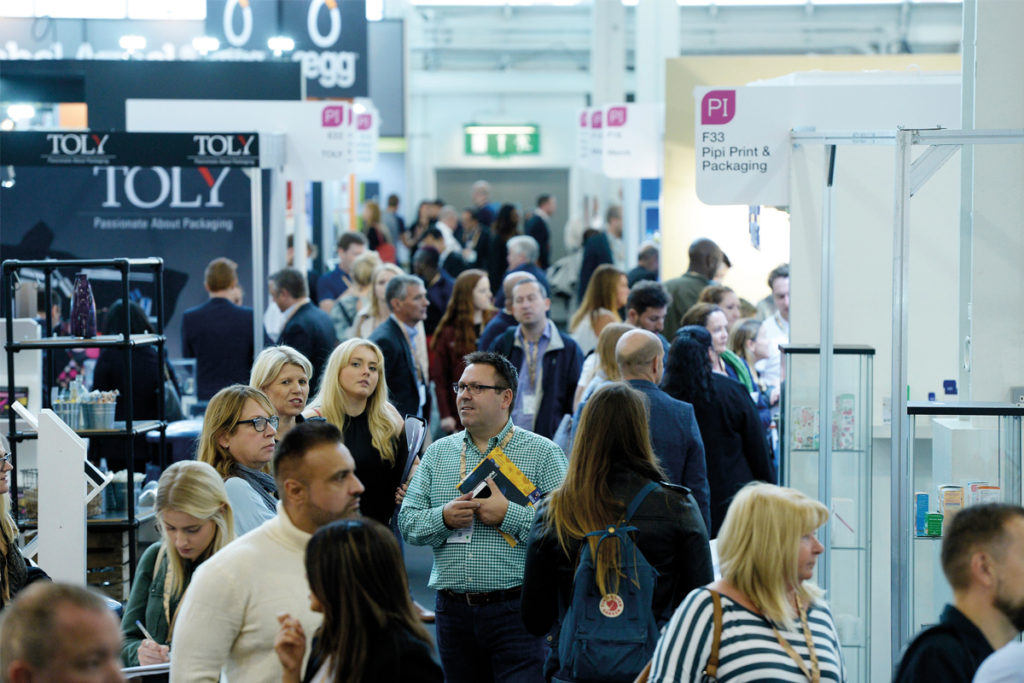 THE tenth edition of Packaging Innovations and Luxury Packaging London could scarcely be more timely, with the industry going through a period of “great change” and packaging buyers needing to understand more about the challenges and opportunities coming their way.

That’s the view of James Drake-Brockman, divisional director of Easyfairs’ Packaging Portfolio, who recently told Packaging Scotland about how the exhibition has grown since its launch a decade ago.

“We were running Packaging Innovations Birmingham at that time and we saw a lot of people and suppliers coming up from London,” James explained. “We noticed that the angle in London on packaging was slightly different; slightly more design and luxury-focused. There was an opportunity to create a slightly different, if similar version, to what we do at the NEC.

“Over the past ten years it has grown to become a really good, creative, not exclusively premium packaging show, but definitely with a premium lens on for packaging for predominantly the drinks/food/retail/cosmetics markets. 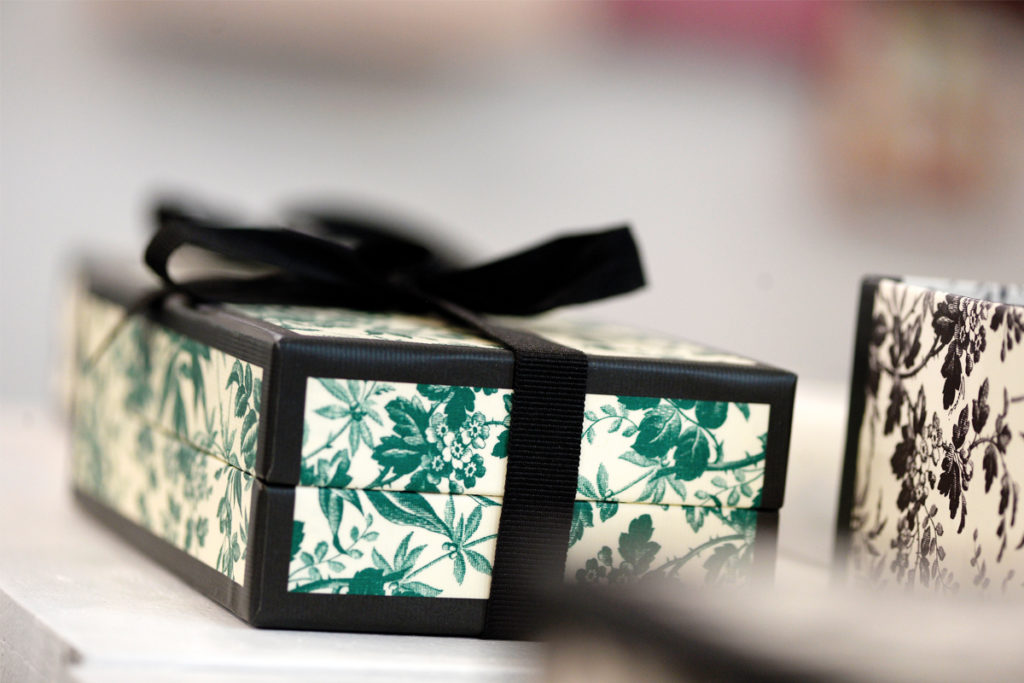 “We get a lot of the spirits guys coming down, particularly for the luxury side of the show. A lot of the London luxury brands will come along and the agencies that are working with those companies as well. It’s a really nice, creative, I guess slightly aspirational, packaging show. It’s a great place to come for inspiration but, at the same time, we also have the Packaging Innovations side which is about your higher volume-type packaging as well.”

This year, sustainability will inevitably be a hot topic once again. The Big Plastics Debate will return to look at the issues from a holistic point of view.

James believes the conversation around plastics in particular has evolved since last year, and this will be reflected in much of the exhibition content.

“Whereas 12 months ago people were asking ‘How can I get rid of plastic?’, they’re now asking, ‘What is the right use of plastic?’, and ‘What is the right material for me given my situation?’” James added. “As you will see, it’s not just simply a case of plastic being evil. Plastic has a really important role to play in food preservation, keeping transport costs down, and actually there are multiple reports out there saying if we got rid of plastics altogether, our carbon footprint would go up significantly. 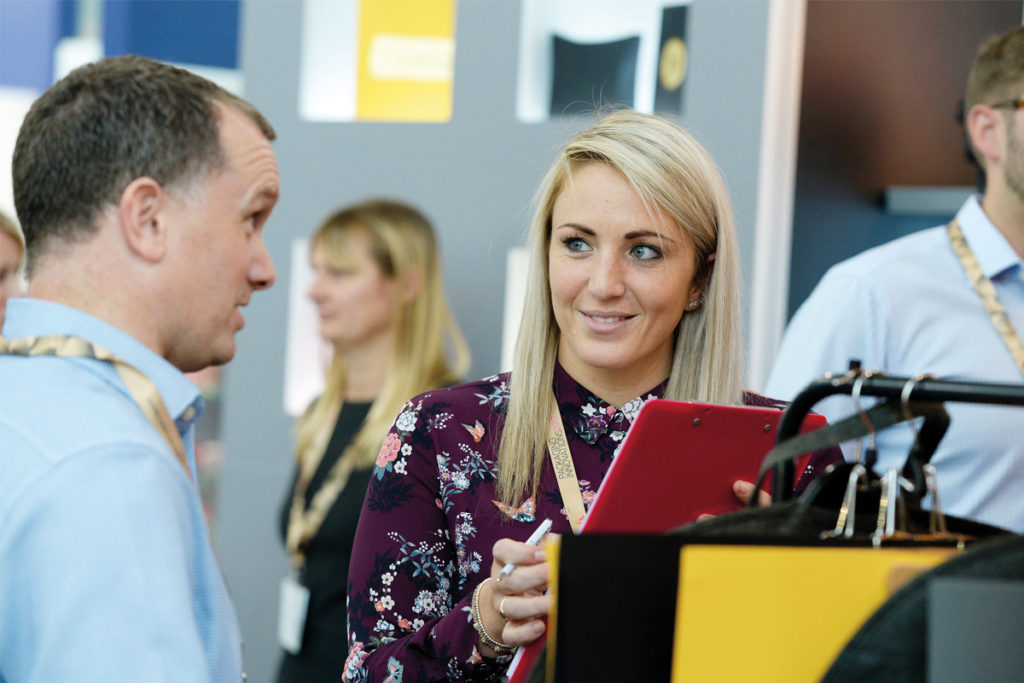 “Global warming, plastic in the oceans – it’s a really difficult situation to be in. A lot of it is about understanding the detail of the argument and working out what the best option is for you. Of course, we want to see less plastic waste and a really important part of that conversation is the whole waste management side of things, which we bring into the conversation from a content point of view.

“What we’re looking to achieve is to arm people with the information they need to make the right decisions for their business but to also be able to stand up to their CEOs and say ‘We need to do this, we need to do that’ and give a coherent value-based argument.”

Despite technology changing the way people do business, James said the success of trade shows in the current era shows that face to face interaction remains a crucial part of the mix. Major organisations are still flocking to attend, realising the importance of having a platform where customers can touch the products and where key stakeholders can look people in the eye and speak openly.

“You only have to look at trade shows as a business to see that they’ve become more important, not less important,” James added. “I used to run technology events back in 2005/2006 and everyone was saying the Internet was the death of those meetings, but exactly the opposite has happened. Because it’s so impersonal doing research, it becomes more important to meet people face to face if you want to do business with them. What we find with trade shows is that people do their research first, and then they will book in a succession of meetings. If you look at our NEC show for example, we had a lot of organisations who used it in a very structured way; they’ll book a whole morning and most of the afternoon for meetings and then give themselves a bit of time to wander around the show. 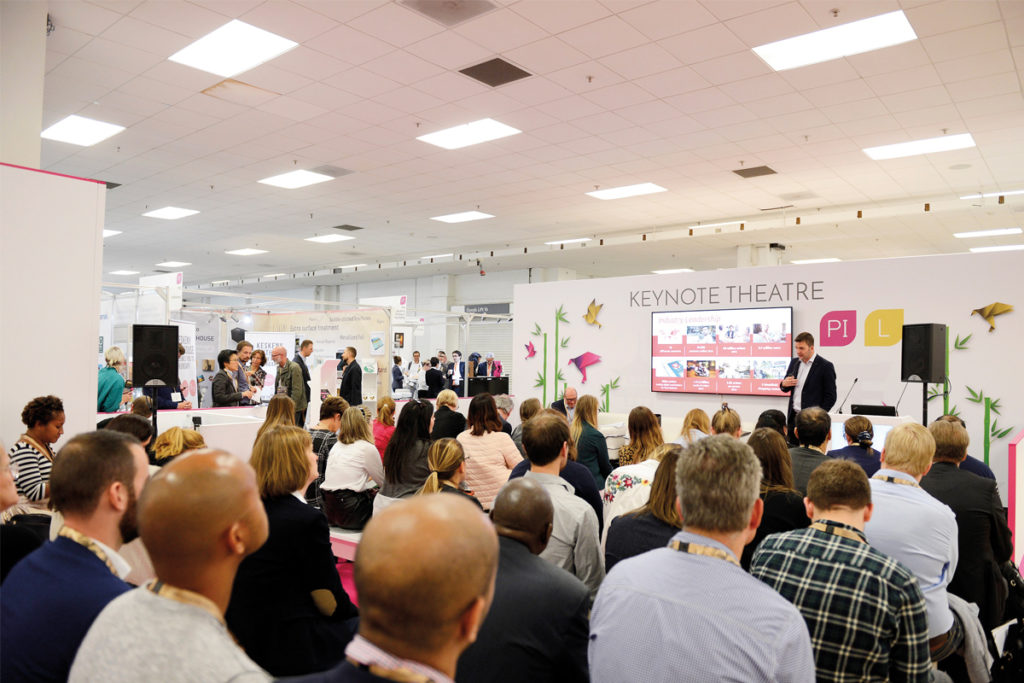 “Events are going from strength to strength but I think what’s really important about our event, in particular, is that we’ve hit a sweet spot in the market at a time when people who buy packaging need to understand where the market’s going and what the opportunities are for them from a product point of view and how they can overcome sustainability challenges and what the latest developments are with digital print or whatever that might be. It’s a time of great change for the industry. In line with that, that’s when events like ours become really important.”

At the time of interview, the speaker line-up and conference content hadn’t yet been released but James revealed that a number of forums will focus on specific industries including food, drink, retail and beauty.

“We’re having nice little pockets of content focused on specific areas with the idea being that if someone is from a specific industry and has a specific need, they know that hour and a half/two hours will be a good, efficient use of their time,” James explained, before going on to state that this year’s exhibitor line-up will be “spectacular” with more luxury exhibitors than in the past.

As ever, much of the attention will be on innovation and new product launches. 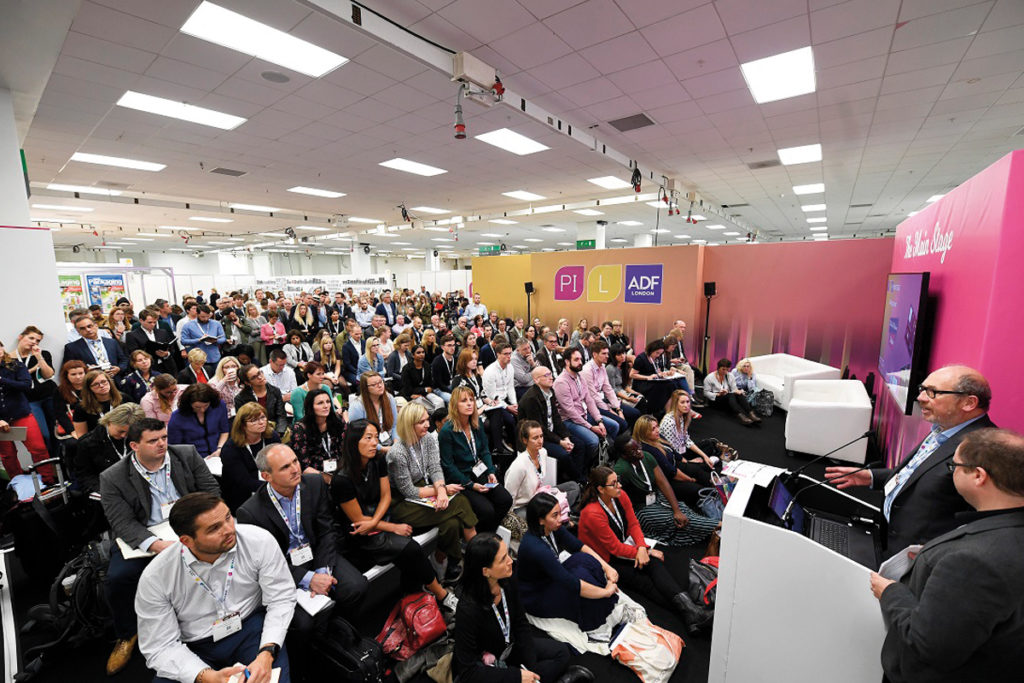 James said, “You don’t get an opportunity like Packaging Innovations London or Birmingham where pretty much all of the key buyers from all of the key brands and retailers are going to be in a room. If you’ve got anything interesting going on, they want to beat their competition to it. We have ways of promoting some of the really innovative products through our Innovation Gallery on the show floor. You’ve got a lot of buyers looking to buy things that aren’t necessarily innovative, but it definitely helps to have good innovation. You get a lot more profiling and a lot more interest in your stand if you do have something cool and new going on.”

Packaging Innovations and Luxury Packaging London have announced a partnership with the Pentawards, which sees this year’s Pentawards gala ceremony and the London edition of the Pentawards conference taking place alongside the exhibition.

Described as the world’s leading packaging design competition, James said, “They’re going to be running one of our theatres and bringing some great speakers – some from the agency world; some from the premium/luxury market.

“The Pentawards gala ceremony, where the awards are given out, is happening in London on the Thursday night of the show. It’s a global awards ceremony. Some of the global participants will be coming to London so it’s going to be a really interesting, creative audience coming along to focus on that side of things.

“We’re doing a couple of things with them. We’re introducing for the first time a people’s choice award, where attendees to Packaging Innovations will be allowed to vote on ten shortlisted pieces of packaging. The winning company will receive an award on the night.

“Also, they’re going to be looking back over the last ten years and showcasing the last ten platinum winners, which is the best of the best prize. You’ll be able to see what the best packaging was ten years ago and how that has changed.”

• Packaging Innovations and Luxury Packaging London 2019 will be held at the London Olympia on September 11-12.

PRSE to be held virtually in December