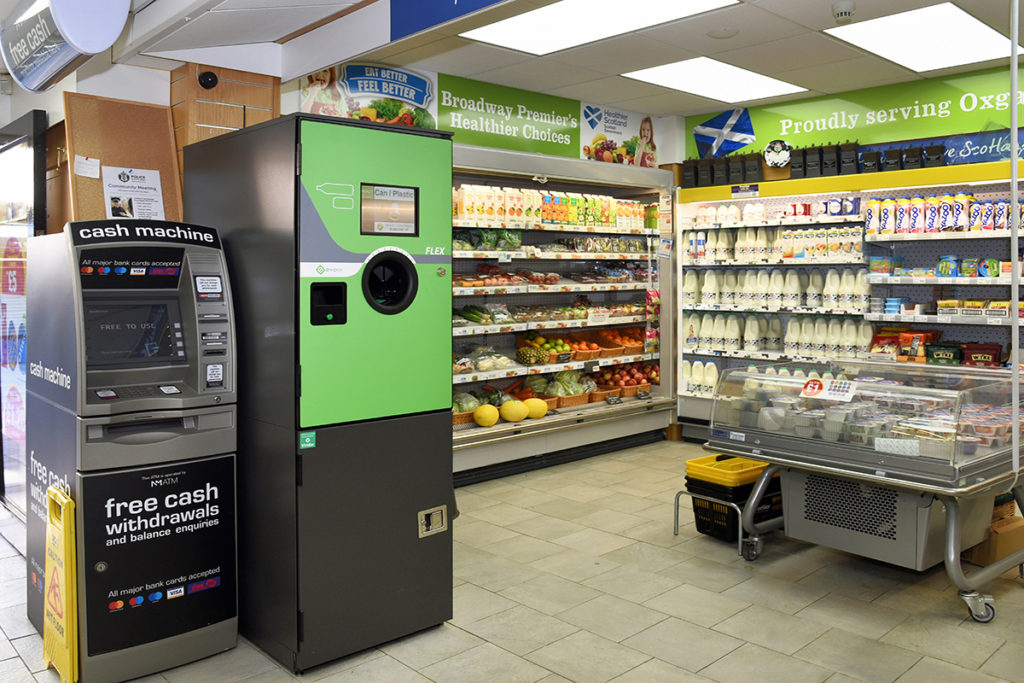 THE Scottish Government has outlined plans for the nation’s deposit return scheme (DRS), which is set to include aluminium and steel cans, as well as glass and PET drink containers.

Under the scheme, all shops that sell drinks will offer a deposit refund to customers, which has been set at 20p.

The deposit return scheme implementation advisory group is providing industry input and guidance on the scheme’s interaction with consumers, producers, retailers and the hospitality industry.

Environment Secretary Roseanna Cunningham commented, “Scotland was the first part of the UK to commit to a deposit return scheme as part of our wider efforts to prevent discarded drinks containers from ending up in our streets and seas, and is now the first to outline its design – one that is ambitious in scale and scope, and which gives the people of Scotland a clear and straightforward way to do their bit for the environment.

“There is a global climate emergency and people across Scotland have been calling, rightly, for more ambition to tackle it and safeguard our planet for future generations. I am therefore delighted to confirm that I intend to implement a system covering PET – the most common form of plastic packaging – aluminium and steel cans, and glass, with a deposit refund set at 20p.

“Supported by international evidence our plans for Scotland’s deposit return scheme are gathering pace with widespread consensus demonstrating that a well-run, appropriately-targeted scheme could improve the environment, change attitudes to recycling and litter, and support a more circular economy.”

Jill Farrell, chief operating officer of Zero Waste Scotland, which has advised the Scottish Government on the scheme’s design, added, “This will be a game-changer for recycling and the circular economy in Scotland. By giving people an extra incentive to do something good for our environment, and having a consistent approach across Scotland, we are confident it will be easier for all of us to do the right thing. This will improve the volume and quality of recycling and help tackle litter in the process.

“With a huge network of places to return your bottles and cans, it will be just as easy to return a drink as it is to buy one in the first place. I’m proud of Zero Waste Scotland’s role in advising the Scottish Government on this design, which has resulted in a blueprint for a world-class scheme.”

Draft legislation for the scheme is to be published later this year, the Scottish Government said.

The British Plastics Federation, the UK trade association for the plastics industry, welcomed the news but said it was important the introduction of a DRS does not ‘significantly’ raise the price of products, disadvantage small retailers or interfere with existing recycling schemes.

In a statement, the British Plastics Federation said, “A comprehensive DRS that includes all materials is to be welcomed if it boosts recycling rates and encourages a culture where everybody recycles as much as possible and creates less waste. However, we need to introduce these schemes carefully so they do not significantly raise the price of products, disadvantage smaller retailers or cause major disruption to existing recycling schemes.

“The UK has established kerbside collection schemes, unlike any other country to implement a DRS, which will need time to adapt if a DRS significantly alters the quantities of key materials collected from the home. A DRS is also less “exposed to fraud or being undermined if it is nationwide with consistent labelling.

“We hope implementing this multi-material scheme in Scotland goes smoothly, increases investment in its recycling and waste management infrastructure, and sets a fine example for what can be achieved across the UK.”