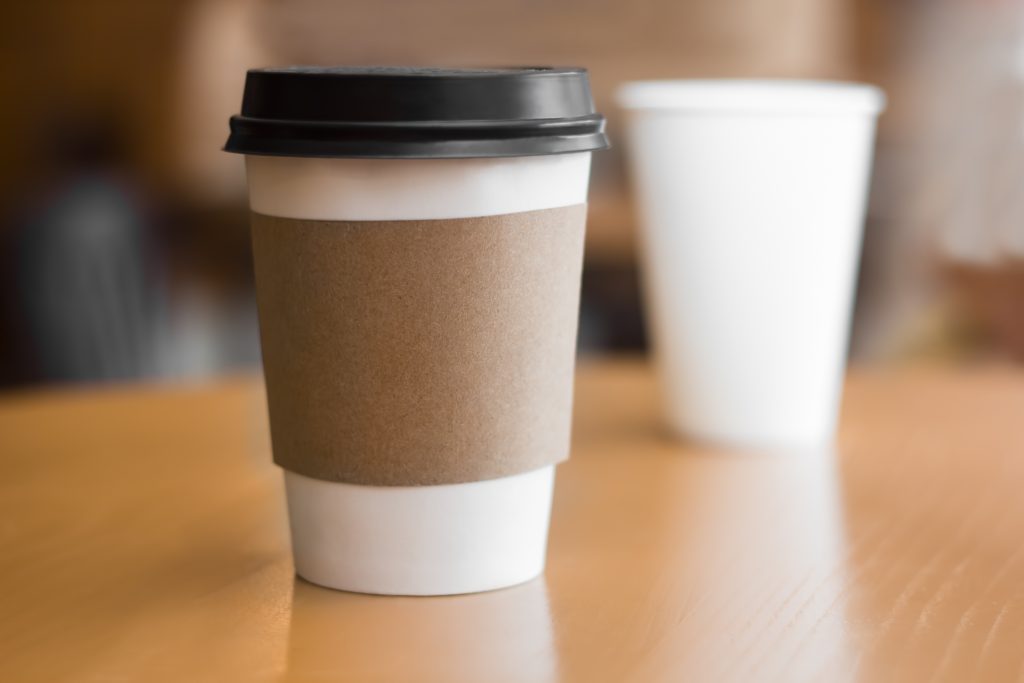 THE Environmental Audit Committee has urged the UK Government to introduce a 25p levy on disposable coffee cups and for all coffee cups to be recycled by 2023.

The Environmental Audit Committee (EAC) recently published a report into coffee cups and concluded that a ‘latte levy’ should be applied to disposable coffee cups, with the money raised being used to improve the UK’s ‘binfrastructure’ and reprocessing facilities.

EAC chair, Mary Creagh MP commented, “The UK throws away 2.5 billion disposable coffee cups every year; enough to circle the planet five and a half times. Almost none are recycled and half a million a day are littered. Coffee cup producers and distributors have not taken action to rectify this and Government has sat on its hands.

“The UK’s coffee shop market is expanding rapidly, so we need to kick start a revolution in recycling. We’re calling for action to reduce the number of single use cups, promote reusable cups over disposable cups and to recycle all coffee cups by 2023.”

The report also recommended making producers more financially responsible for difficult-to-recycle packaging and improving labelling to educate consumers about how best to dispose of their coffee cup.

Creagh continued, “Taxpayers are footing the bill for disposing of the billions of coffee cups thrown away each year, whether or not they are coffee drinkers. It is only right that producers should bear more of the financial burden to help recycle their packaging, so my Committee is calling for producer responsibility reform that rewards businesses that use sustainable packaging – and makes those that don’t face higher charges.”

She added, “Most people are shocked and dismayed to hear that coffee cups are not recycled. Coffee shops have been sending out mixed messages for years, emphasising that their cups are ‘recyclable’ and staying silent on the fact they are not actually recycled. We’re calling for clearer labelling so people can make informed choices about their use and disposal of coffee cups.”

The company said in a statement, “Vegware welcomes the much-needed focus on recycling, but instead of charging consumers, Vegware supports reforms to have industry pay for recycling.”

Martin Kersh, executive director of the FPA said in a statement, “If two key proposals of the EAC report are enacted then there is no requirement for a 25p charge on paper cups to fund recycling infrastructure for cups and all other packaging used for on-the-go consumption.

“The recycling of paper cups is set to increase fast as the coffee cup industry and its customers have introduced a large-scale recycling facility. The key to increased recycling therefore is increased collection and this requires an on-the-go waste management infrastructure that addresses all packaging used in this way and not just cups.”

He added, “The public needs a simple, UK-wide solution, one which is made possible by the introduction of an on-the-go waste management infrastructure. To fund this requires a reform of the UK Producer Responsibility (Packaging Recovery Note) mechanism, a development that has been endorsed by many of the UK’s leading retailers and brands and is referenced as a requirement in the EAC Report.”

Developer, manufacturer and supplier of eco-friendly food packaging and catering products, Biopac, said, “taxing the use of these items is not an effective way forward, and merely patches over the underlying issues with waste management and infrastructure in the UK”.

“Considering the volume of press on this matter, Biopac is saddened about the lack of conversation on compostable products. Compostables provide a market ready solution across the catering disposable market, yet the focus remains on oil based plastics and recycling. A compostable range eliminates the need for sorting and filtering of waste. Standard collection bins could be issued for all food waste and compostable packaging to be disposed of together – reducing costs and also providing a streamlined waste collection service.”

The company also voiced support for the FPA’s statement.

Paul Vanston, chief executive of INCPEN (the Industry Council for Research on Packaging and the Environment) said, “INCPEN welcomes the Committee’s agreement that citizens need good access to easy-to-use, and widely available, recycling infrastructure that fits with how people organise their daily lives. Recycling infrastructure does differ markedly between localities, and on-the-go recycling opportunities tend to be sparse. On coffee cups specifically, we note there is encouraging work to promote re-usable cups by major companies and independent providers, as well as industry initiatives to capture cups for recycling in-store and at home in accord with customers’ preferences. We wish to get behind these efforts and see good results, not just on quantities collected but also on quality.”

He added, “It is a major plus right now that there is widespread support for truly meaningful reforms to the packaging system across four sectors: the packaging supply chain, local government, waste & resource management; and reprocessors. In our minds, reform of the single existing system in place for all packaging is a better option than bringing-in multiple and differing taxes, charges or levies for individual types of packaging.”

Chef and campaigner, Hugh Fearnley-Whittingstall, welcomed the recommendations in the report, “The Environmental Audit Committee has recognised that the huge mountain of disposable coffee cups is effectively unrecyclable, and is overwhelming and disrupting the nation’s waste disposal systems, ultimately polluting our rivers and seas, and needs urgent action. I welcome their recommendation of a 25p charge on all disposable coffee cups – it will show the Government means business and will focus the mind of the coffee giants on finding a permanent solution to a problem which is of their making. It’s time to send these hugely profitable companies a clear message: stop making badly designed products and expecting the taxpayer to clean up after you.

“But in the end, finding that solution needs to be a matter for law, not just financial incentive. The most telling sentence in the EAC report is one of the shortest: “The voluntary approach is not working”. Legislation needs to set a date after which the continued production of unrecyclable coffee cups is banned by law. And this should pave the way for policy that ultimately stops the production of all non-recyclable plastic products.”