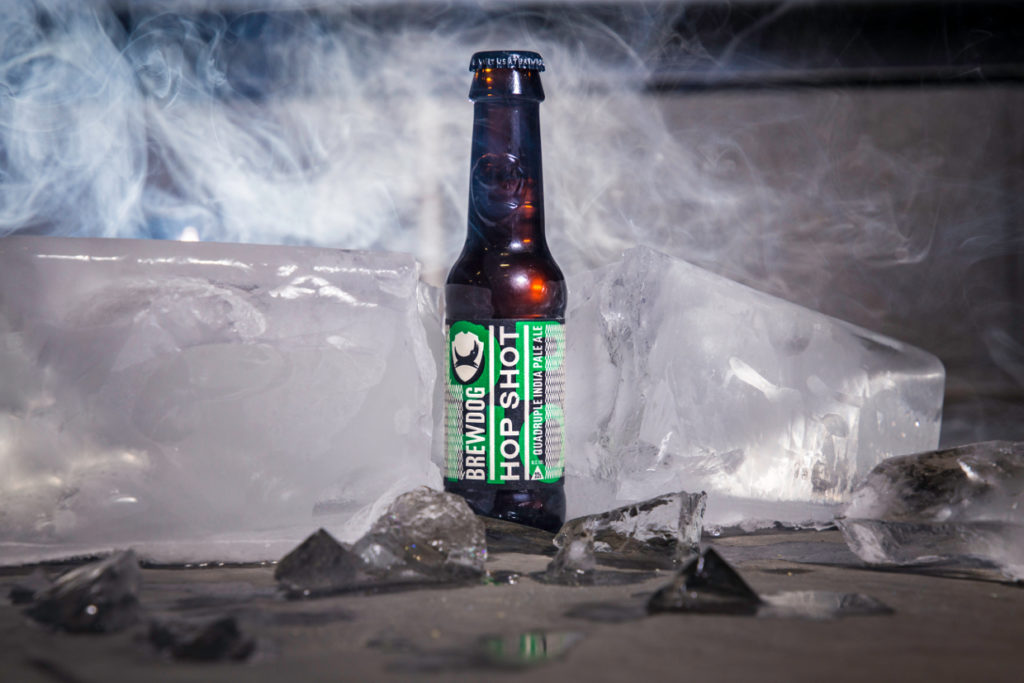 Hop Shot is described by BrewDog as “a high-velocity hop hit” and is achieved through ice distillation, which is said to concentrate strength and flavour by removing the ice that forms during the brewing process.

“This was a challenging design as we had to maintain the small capacity while meeting the height requirements of the filling equipment,” said Chris Palmer, business development manager at Beatson Clark. “Even though it’s a small bottle we were still able to emboss the BrewDog logo on the neck to complement the Abstrakt bottle we designed for them at the same time.”

“BrewDog is a long-standing customer of ours and we’re always happy to be asked to produce a new bottle for them,” Chris added.