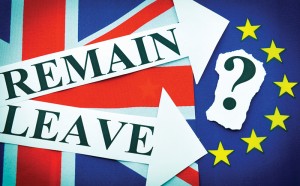 60% of respondents to a survey of its Members by the Confederation of Paper Industries (CPI) have said they are in favour of the UK remaining in the European Union. 34% “felt unable” to express a view while only 6% said they were in favour of Brexit.

David Workman, CPI Director General, said, “The views of our Members on this important issue should be taken seriously.

“The UK’s paper-based industries are an important element of this country’s manufacturing base and we are inextricably tied to our neighbours within the EU.

“To break this tie and enter a lengthy period of uncertainty about our future trading relationship with it could prove to be very damaging indeed to our industry’s future prospects.”