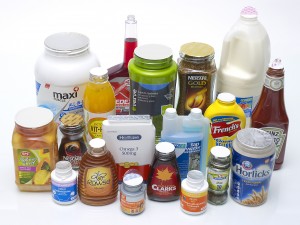 From milk to Merlot to malted drinks, thousands of products are now benefiting from induction seals.

“The foil seal bonded to the necks of plastic and glass containers is becoming an increasingly familiar sight to consumers of beverage products,” said Richard Bull, Managing Director of Enercon.

“More companies are moving to induction sealing as it’s an effective and inexpensive way of sealing containers and provides benefits such as: tamper evidence, leak prevention, extended shelf life and reduced packaging weight,” he added.

One reason for its popularity is the rise of internet shopping – not only are large companies such as Amazon demanding that all liquid items sold are sealed for both leak and tamper prevention, but the increase in home deliveries has caused more leakers as products are transported on their sides instead of stored upright as on a supermarket shelf.

One company that was experiencing leaks was the Scottish dairy, John Pollock and Sons, which produces 2.5 million litres of milk annually.

Its ‘Fresh n Cool Milk 2 Go’ is supplied to hundreds of independent grocers, corner shops, hotel and restaurants across Scotland.

“We used to use tear band closures before and sometimes had issues with leaks.

“Preventing leaks ensures more consumer confidence and has the added benefit of being environmentally friendly due to the reduction in plastic weight. As well as increasing shelf life, an induction seal looks better and it provides easier opening of the bottle.”

Another company that didn’t want to stain its reputation through leaks was the premium wine brand Zipz Inc.

The company produces a portable wine glass made from PET to allow consumption in places where glass is prohibited.

The original design incorporated a conduction seal, but owner J. Henry Scott found the older sealing method caused too many leaks and so he started searching for a solution.

“Conduction sealing and PET were not a good mix,” said Mr Scott.

“We haven’t had a leak since installing the Enercon sealer.”

Commenting on the cost of leaks to companies, Enercon’s Richard Bull added, “A leaking product can be highly damaging for a company.

“Not only does it create customer dissatisfaction, but the cost of recalling products is charged to the company that produces it – not the supermarket or place of purchase – making it a costly problem.

“Having an induction seal significantly reduces the risk of leaks and increases consumer confidence.”