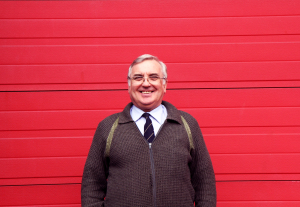 THIRTY-THREE years after he first founded Agritronix, Alan Peebles still works seven days a week. Priding himself on his reliability, his loyalty and his expertise, Alan commits to every customer he works with, even if that means taking calls on the Sabbath.

Having completed an apprenticeship in mechanical engineering after leaving school at the age of 15, Leslie born Alan worked as an engineer for a range of firms throughout the UK, Europe and America. After 10 years with Lockwood Graders in Essex applying automation to the potato and veg industries, Alan decide to go it alone and use his network of contacts and wealth of experience to start Agritronix.

“People that work for themselves always have this thing: you’ve just got to do it. You either succeed or your fail but you’ve got to get it out your system”, said Alan.

“After the first six months you’re thinking, ‘maybe this wasn’t such a clever idea.’

“But you still think that. Every business is the same; you go through good times and you go through bad times. I don’t think that ever changes. Even the gigantic companies, they’re bound to suffer the same ups and down as any of us. You just have to get on with it. There’s no other option, you have to.”

Based in Glenrothes, Agritonix consists of founder and owner, Alan, and his son Keith. Specialising in bespoke packaging and weighing machines, the father and son team design, assemble, program, sell and deliver as many of their products as they possibly can, minimising outsourcing and ensuring the same quality equipment the company was founded on. Modern modes of manufacturing, with vast production lines, cheap materials and cheap labour don’t appeal to Alan, who prefers working closely with his clients to find out and deliver exactly what they need.

“It’s what gives you the most satisfaction: standing there and seeing the company producing faster and better than ever before. I like to think that’s why people come back to us: because we build the customer what they want. We won’t just sell them the same old same old.”

Maintaining personal contact with his customers to provide further maintenance and modification to the machines, Alan has now found he’s working with the grandsons of some of his first ever clients.

Having worked for himself since 1982, watching new trends emerge, manufacturing methods expand and companies change guard, what are Alan’s hopes for the future?

“The thing that I would dearly love to do is get rid of all the polythene. There’s stuff that’s getting packed in polythene that just doesn’t need to be. It’s not friendly to what you’re putting into it. The most friendly type of packaging to any type of veg is probably paper.

“You know what’s knackered the whole thing? Supermarkets. Supermarket’s now aren’t interested in a tattie that doesn’t look good. It doesn’t matter whether it tastes good or not.

“Some of them have started selling produce that doesn’t look as good for cheaper, but it’s just the same.”

According to Alan, who previously worked on a project trying to detect disease in potatoes, whilst the exterior of a vegetable may appear fine, it could be rotting inside. Once a potato’s surface is broken,  bacteria, in much the same way it is drawn to cut skin, will move towards the opening to spread disease.

“We’re doing things now to the produce for the supermarkets that’s really not necessary. I know it’s convenient to have washed potatoes and washed carrots, but as soon as you wash something the bacteria’s straight in and then you go and pack it in polythene and it can’t breathe. Because the tattie’s a living thing.” 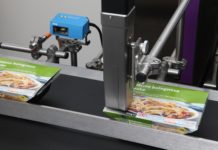 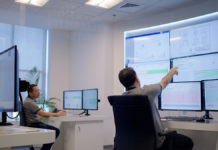 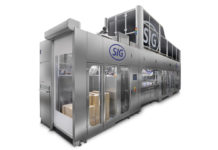