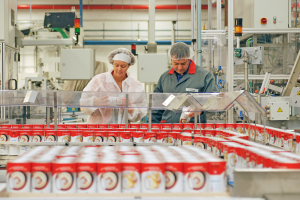 SONOCO has announced that it has completed the acquisition of Weidenhammer Packaging Group (WPG), Europe’s leading provider of composite cans along with composite drums and rigid plastic containers, for €286 million.

According to M. Jack Sanders, Sonoco president and chief executive officer, “We are extremely excited to welcome Weidenhammer’s leadership team and its 1,100 associates into the Sonoco family. The acquisition creates a global leader in rigid paper packaging and is expected to increase Sonoco’s combined global consumer-related packaging and services business to approximately $2.8 billion in annual sales or approximately 53 percent of the Company’s combined revenue of approximately $5.4 billion. In addition, the combination is expected to increase Sonoco’s net sales in Europe to approximately 21 percent of total sales.”