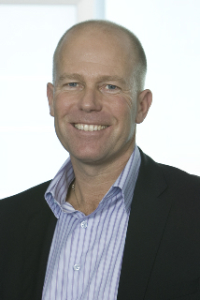 The sale includes all locations worldwide. Apart from the German headquarters in Forchheim, they include the locations in Brazil, the US and Thailand. DBAG is a publicly traded company based in Frankfurt, specialising in investments in well-positioned and medium-sized companies with growth potential. DBAG currently holds around 20 corporate investments and Huhtamaki Films will be the only film producer in its portfolio.

“DBAG is a good and dedicated owner with the necessary resources to promote the growth and development of the company today and in the future,” said Peter Wahsner, Executive Vice President of Huhtamaki Films. The sale of the enterprise to a strong financial investor is seen in a positive light by Huhtamaki Films and its staff, because “a change of ownership to DBAG offers the films business segment and its employees a great way to achieve its growth targets and develop its business further,” Wahsner added.

The contract is still subject to approval by the German cartel authorities. It is likely to be concluded before the end of 2014, or early in 2015 at the latest. The Finnish packaging company, Huhtamaki Oyj, announced in July that it would assess the options for the films business segment, since the group wanted to strategically focus more on food packaging.