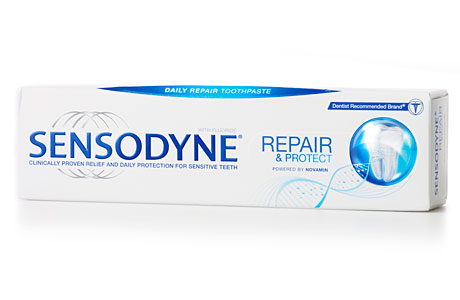 “THE latest print technologies: Gimmick or sound ROI?” was the topic chewed over by representatives from the consumer goods and packaging worlds at the Big Print Debate at Packaging Innovations in February.

Questions were addressed to a panel comprising Peter Aldhous of brand design consultancy Elmwood, Stefan Casey of the Faraday Centre for Retail Excellence, Andy Hewitson of packaging and print service provider Reproflex3, and Ian Schofield of Iceland Foods.
“Just because it’s available doesn’t mean you should use it” was Aldhous’s take on the use of emerging technologies for packaging. RFID and electroluminescence were two he cited as having failed to live up to the hype. But at the same time, far simpler techniques have proven very effective. The Fresnel lens used on Sensodyne toothpaste packaging was, he said, “truly inspiring”.
Who benefits from innovative packaging? Aldous said his own work was about adding value to the brand. It needs to be appropriate, he said, counselling against adding gold foil to an own-brand biscuit package. “If you start doing stuff outside the brand, it damages the brand.”
Hewitson of Reproflex3 said it was increasingly possible to “transport the consumer to a fantastic place”, in terms of experience, but “the trick now is to extract value from that transportation.”
One member of the panel suggested that “the UK as a culture is not open to technology”, but there was agreement that how consumers interact with packaging looks likely to change a great deal over the next 5 to 10 years.
A shift needs to occur, suggested one audience member, in what is communicated via things like packaging. The questioner said he didn’t want to be bombarded with information, he just wanted stuff that was relevant. “I really get mad about all the information I’ve not asked for.” It needs to be transactional, sticking to the things people want, rather than simply drawing information out of a CRM database.
Ian Schofield said that some retailers were already responding to such a demand. At Iceland, he said, “we communicate with our customers and they communicate with us.” As for cutting down the amount of information on packaging he added that he would love to take stuff off packaging, and make it available via thiings like iPhone instead. “But we’re constrained by legislation.”
Not everyone is wired either. “We’ve still got Ethel in London buying a £1 ready meal because it’s all she can afford. And we’ve got to find a way to communicate with her about nutrition and so on.”

No more oddly shaped packages?
Another questioner raised the point that Tesco is now trying to dictate the size and shape of products going on its shelves. Does this spell the death of interestingly-shaped packages, like the Marmite jar? Is the structural element of a package now subordinate to the label? The panel seemed to agree that it probably was nearing the end for packages that couldn’t satisfy shelf-ready requirements. On the up side, some brands seem able to rise above historical identifications with a package. “If you’d said two years ago that Heinz Beans wouldn’t come out in a can, you would have been shocked,” said Schoffield, praising the “brilliant” efforts that had been made in this case to move away from an iconic package.

Personalised packaging
The small label runs enabled by digital print hint at a possible future where packaging is far more personalised to the consumer. The panel were asked if they saw any more opportunities for this at the moment, either in-store or on-line.
“Anything personalised to you is good news”, suggested Schofield, saying he had liked receiving an iPad with his own name on it. There seems scope for personalisation in other sectors. With food packaging, for example, you might choose to display recipe ingredients for someone on a gluten-free diet. Retailers have “got a lot of information about people, so could make it incredibly personal.”
Efforts made so far in this direction include Coca-Cola’s massive personalised labels campaign last Summer. And on a smaller scale, the Famous Grouse recently offered customers an opportunity to create a personalised label to go with every 70cl bottle purchased, by logging onto a special website.
In another spin on the personalisation issue, one panel member suggested that printed electronics could be used at present to provide labels that adapted their content to sell to whoever happened to be walking down that particular supermarket aisle at that moment, based on communications with a shopper’s smart phone, for example. It’s the kind of thing explored in sci-fi films like Minority Report but which is “not that far out”. If it does happen, the panel agreed, “it will probably hit the booze aisles first”.
Speaking about personalisation, Aldhous said it would be an asset if it could be used to drive brand loyalty, but not if it meant you “spend money for little gain.” Hewitson wondered whether consumers would have to foot the cost. There were challenges to be faced with taking costs out of the process, and so the question of “is this a reality?” would at this stage have to be answered with “probably not.”
Schofield added that Thornton’s have always personalised their products – such as the personal messages it ices onto its chocolate truffles. “It’s not digital print but it works for me.”
Aldhous cautioned that attempts to address customers more personally sometimes backfire. When Sugar Puffs seemed to speak directly to Newcastle residents in their advertising of a few years ago, sales reportedly plummeted in surrounding areas like Sunderland, he said.
Leaving another “standing room only” panel session at Packaging Innovations, it seemed the organisers have no such problems understanding their audience. See page 8 for more on the show.