Flexography has come a long way in recent years. Packaging Scotland spoke to Jef Stoffels of print expert Esko to get a sense of how it is currently measuring up against other print techniques like lithography, gravure and digital.

ESSENTIALLY a modern version of letterpress – arguably the oldest printing technique (dating back to about 700BC China) – but with the difference that it uses a flexible relief plate, flexography can be used for printing on almost any kind of substrate, whether it be plastic, metallic film, cellophane or paper. Originally somewhat basic in quality, flexography has made great strides in the past 20 years or so, particularly with respect to the quality of the associated presses, printing plates and inks.

Like offset lithography – the more traditional choice for applications requiring the highest print quality – and gravure, flexography also uses a web printing press. Unlike lithography, and like gravure, flexography uses solvent-based rather than oil-based inks. These have a lower viscosity, enabling faster drying and, as a result, faster production, which results in lower costs.
Stoffels sees a general shift from gravure towards flexography in recent times, principally because of the former’s relatively high setup and preparation cost (with the need to engrave cylinders), which positions it better for longer print runs. “As print runs in packaging get shorter all the time, and the quality differences between gravure and flexo can be leveled, this favours flexo.”

Flexography’s short set-up times have generally been key to its appeal, but in this respect it now tends to be undercut by digital print, a technology that appears to have come of age in the past couple of years. Stoffels summarises the situation: “Flexo has a setup cost (plates, press preparation and so on) that is not there with digital. So that makes digital more cost effective for short to medium run lengths. Depending on the job, costs will quickly favour flexo over digital once a certain run length is needed.” Digital is also therefore the technology of choice when you need a job done quickly, as the absence of these preparation steps makes for a fast turnaround time.
Other factors that appear to be relevant to making a decision between flexo and digital include speed, finishing and quality.
With respect to speed, Stoffels says: “The productivity of a flexo press that is up and running is much higher than with digital”, a fact that tends to favour the former in applications with higher run lengths.
Most packaging materials and labels require a series of finishing steps, including things like die-cutting, sealing and lamination. Better established print techniques like flexo and litho have a wide range of technologies and machines available to do this, making this step simpler. But, says Stoffels, “more and more we see machines being adapted to do the same for digitally printed materials,” so most of the technical hurdles for digital are now gone in this respect, he suggests. However, setting up a finishing line still takes some time, eroding some of digital’s short-print-run benefits.
With quality, Stofels says “both digital and flexo have reached very high levels of quality and consistency, but depending on the job and the customer’s expectations, printers may have a preference for one over the other technology.”

Stoffels sums up: “Flexo has caught up in a short period of time (the past 4-5 years) to become a quality printing technology on par with digital, offset and gravure. The installed production capacity is rapidly upgrading its print and prepress setup to offer the highest standard of flexography to its customers. At the moment, we notice that the choice of printing technology tends to be based on considerations related to cost, substrate material and some other technical parameters. Flexo has a good story to tell as its setup times are very short compared to gravure, its running costs are lower than any other printing technology, and its potential to print on the widest range of packaging and label substrates is enormous.” 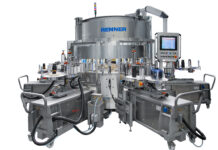 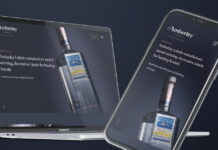 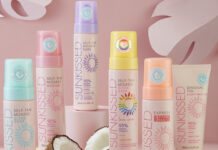