EQUIPMENT suppliers in the packaging world now offer a variety of Asset Finance (AF) schemes, whereby machinery can be leased or paid for in instalments rather than bought outright. But what do these arrangements actually entail? And are they preferable to traditional forms of finance like loans or overdrafts?


As companies struggle to obtain finance from banks, it’s unsurprising that the use of AF is on the increase. Some equipment suppliers offer this directly but most of this business goes through specialist firms or third-party brokers.
In the words of the Finance & Leasing Association (FLA), a trade body for providers of this type of funding, asset finance is “a flexible alternative to a traditional bank loan, providing significant cash flow and tax benefits for businesses looking to purchase a new piece of equipment, a vehicle or other fixed assets.” It is the third most common source of finance for businesses, after bank overdrafts and loans.
The FLA recently reported a large increase in the use of AF for plant & machinery purchases in the 11 months to November 2012. Two popular choices of AF, finance leasing and hire purchase, grew by 9% and 12% respectively over the same period (for all kinds of business purchases).
Peter McCullough of First County Finance, a brokerage firm working on behalf of equipment supplier Aetna Group says around 75% to 80% of people he sees using AF are not choosing it principally for its affordability, but for its convenience and as a way of managing cash flow more efficiently. “Most of the time, it will not be for people who can’t otherwise afford it.” But there are those who might not have the ability to put together a cash purchase, he says, and this can be an attractive alternative to raising the cash up-front.
He suggests that if it wasn’t for asset finance, around half of the machinery sold in this country wouldn’t be sold. With cars, where this sort of finance has a longer pedigree, the equivalent proportion is more like 75%, he says.

More flexible than the bank?
Being secured wholly or largely on the asset being financed reduces the requirement for additional collateral. AF also offers more flexibility. “A lot of people don’t understand that if they negotiate a loan from a bank, then decide ‘oh, we’d like a few more ramps on that equipment’, they might not be able to go back to the bank and ask for more money.”
Two additional benefits mentioned by the FLA web site are security – because the finance cannot be recalled during the life of the agreement – and sustainability, because businesses have the option to replace or update equipment at the end of the lease period.
The FLA, in association with the Institute of Credit Management, has issued a guidance sheet, Managing Cash When it’s Time to Invest, with a number of pointers. For example, you should remember that a lease is an agreement to rent equipment for a period of time, and so need to consider what happens after that. Unless you are sure you won’t need the equipment any more, you ought to consider what it would then cost to buy it or carry on renting.
“Normally you can continue to lease into a secondary period for a nominal fee,” says McCullough – 1% of the original rental fee in the case of his own brokerage firm FCF, though this figure is open to negotiation. “Every lease deal is slightly different,” he says. “If a customer says ‘our finance director says we need to own it at the end of the term’, we would include a hire purchase agreement [ in the original arrangement ] so it transfers to them at the end.”
Coding and labelling equipment specialist Markem-Imaje presents its own AF scheme – dubbed SMILE – as including a means to “spread the cost over the life of the equipment for a regular fee”. In the industry as a whole, McCullough suggests that a typical lease term will be four years, whereas a lot of equipment is built to last for 10 years or more, so matching a lease term to a machine is probably not that common.
Spreading the cost over the life of the equipment, in the manner offered as an option with the SMILE program, appears to offer certain key advantages compared to making an outright capital purchase. In the case of the latter, equipment will generally depreciate significantly in its first five to seven years of life. After this period it will be worn and not performing optimally. “Gaining payback for [ worn ] equipment is not always easy”, explained the company’s Martin Bailey. He added: “The benefits therefore of the SMILE route is the fact that the customer has a budgeted cost for a period that the equipment would be typically depreciated over and more importantly at the end of this they have an option to replace it without seeking payback. This improves overall reliability within a plant whilst again maintaining a known cost base.”

Repairs and maintenance
The FLA guidelines also advise making sure you know what will happen if the equipment breaks: “Some lease agreements include equipment maintenance but often it will be your responsibility to arrange servicing and insurance. You will probably have to continue making rental payments even if the equipment can’t be used”.
Maintenance is often included within the terms of agreement with the equipment supplier, says McCullough. “Some maintenance agreements include parts & labour,” he says. It might also include two service visits per year, which can be invoiced separately or, if the customer chooses, it can all be covered by 1 monthly payment which is fixed for the period.
One flavour of AF is an “operating lease”, analogous to the contract hire arrangements sometimes used in the vehicle rentals world. “It allows a user to come to someone like me, and say ‘this machine costs 250k, we need it for a contract of 4 years’.”

Going to a broker
The NFACB is the trade organisation for brokers. Robin Skuse of the group recommends going to a broker: “It’s the broker’s job to know all the options.” He adds: “80% of people just end up going to a high street bank because they don’t have time to consider all the options.”
Around one in three small businesses that have any external borrowing currently use AF, says the FLA, and it accounts for the majority of debt-financed business investment. But AF is still just one option on the menu, to be weighted against things like overdrafts, loans and cash-flow finance options such as factoring and invoice discounting.
Compared to buying equipment outright, asset finance perhaps involves entering more of a relationship with a partner, something Markem-Imaje’s Bailey suggests it is important to consider fully. It goes without saying that such a partner should be stable, but there are benefits to choosing one with a broad portfolio of complementary products, as this allows all the payments to be made to a single company, cutting admin costs. He added: “A company that is a technology owner is particularly valuable as they tend to invest heavily in R&D meaning that at the end of the period the company will have moved the technology forward thus allowing you to upgrade and enjoy significant benefits”.
One area where access to better technology can yield cost savings is energy effficiency. A recent report from Siemens Financial Services (SFS), for example, suggests that Industrial enterprises across the world could save billions of pounds on their electricity bills by implementing variable speed drives (VSDs) on motors in their production environment.
SFS issued another report in 2012 which quantified the level of capital trapped or ‘frozen’ in outright equipment purchase that could be freed for other purposes by greater use of asset finance. The group estimates that frozen capital amounted to some £2.17 billion in UK Industry in 2011.
For those wary of a dificult conversation with a bank manager, AF does significantly enrich the menu of finance options available. Perhaps the main pitfall is that it can sound complicated, and people might not feel they have time to fully consider all the options available to them. And this is where a broker can obviously help. Most equipment manufacturer’s operate through a broker.
As Skuse of the broker’s trade organisation says, the job of a good broker might well be to advise someone against AF. “They might be better off buying a company that has the structure they want already in place,” he offers as an example of the sort of advice someone like him can dispense. 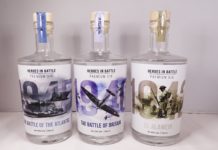