A FAMILY run potato supplier that has been operating since the 1930s is proving to be a chip off the old block.
The Cockerill family has been plying its trade in potatoes since the Bedford company was set up by Ronald Cockerill over 70 years ago.
Today Ronald’s son Martin, the current managing director, and grandson Sam make up the second and third generations involved in the business.
Things have moved on since the early days and the company now has 80 full-time employees, a large fleet of delivery vehicles, its own agronomists, and works with a number of growers as well as farming its own 1500 acres.
The business has the capacity to supply over 100,000 tonnes of potatoes per annum to the crisping industry, manage a seed production group for crisping varieties, and operate a 24/7 prepack business serving retail multiples and large wholesalers on a ‘just-in-time’ supply basis with over 1,200 tonnes of potatoes per week.
The prepack business has seen a significant growth over the last three years, with a £3m extension to the pack house at Dunnington, just outside the city of York, facilitating a 50% increase in turnover thanks in part to the Aetna shrink wrapping machines operating in its pack house.
Last year a well-used pallet wrapper used to bind together a number of pallets and boxes, failed, prompting Cockerill operations manager David Elvidge to look for a replacement.
He turned to Aetna whose sales team reacted quickly and after just three days a ROBOPAC 507 turntable pallet wrapper was installed and programmed for use.
Elvidge said: “I was so impressed with the first machine, and with the service we received from Aetna in our time of trouble, that when we decided to invest in a second pallet wrapper, I didn’t hesitate to contact them again.
“We now have two machines working side by side, that wrap in excess of 200 pallets per day. The ROBOPACs are very easy to operate, and machine changeovers for different pallet combinations are undertaken quickly and efficiently.” 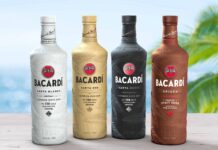