A predicted rise in demand for film across the Atlantic could be good news for homegrown manufacturers if the trend is replicated in Europe.

AS businesses seek to exploit improvements in resin and machinery that give film a competitive advantage over other materials, the US stretch and shrink market is expected to grow by 3.3% each year to $2.4 billion in 2015, according to a new study.
The Freedonia Group forecasts acceleration in demand for product packaging and for the bundling and protection of goods during warehousing and distribution in a range of markets including food, beverage, paper, textile product and consumer product packaging, as well as storage and distribution.


Its report, published in December, expects stretch film to remain the dominant segment, with stretch hoods growing the fastest, while shrink film demand growth will outpace gains in stretch film based on its high clarity and print capabilities.
The study looks at historical demand data for the years 2000, 2005 and 2010 with forecasts for 2015 and 2020 by type, market, application and resin.
It says stretch film demand will increase 2.8% annually through 2015, benefiting from advantages in energy and labour savings; and demand for shrink film will grow 4.2% annually to $970 million.
Neil Elliott, marketing manager, at Friedheim International, believes investment in new machinery could also provide a welcome revune stream for suppliers serving the UK shrink film market.
He said: “In recent years there has been a lack of investment throughout the UK in shrink/film wrapping machines, and what this means is that the need for new equipment is now overdue in all sectors. Although the graphics industry is still in a transitional period, many other industries such as on-line mail order shopping are ready to take advantage of new wrapping innovations from manufacturers such as Beck Packautomaten.”
One firm gearing up for a what it hopes
will be a profitable 2012
is film specialist Mercury Packaging which has targeted “significant” growth within the frozen food sector over the next 12 months.
As part of its plans, the BRC-accredited company has become a member of the British Frozen Food Federation and installed a cutting edge UTECO ‘Eclipse’ Solventless Digital Laminating System for high specification pack designs.
Managing director Tony Stanger believes the investment in high performance conversion, laminating and printing technology together with an in-house design department will help the business to deliver lightweight yet robust plastics packs and film-on-the-reel which have been specially designed to achieve maximum brand awareness, shelf life and protection.
He said: “Our high quality laminates provide excellent barrier properties for frozen food products and can be customised to include special features and finishes such as gas barrier, odour barrier and UV absorber.
“Designed to suit individual customer requirements, these films offer excellent protection for packaged goods and substantial enhancement in shelf life – reducing wastage for the packer and consumer.”
He said the Nottinghamshire operation, which employs over 50 people at its site in Kirkby-in-Ashfield and has an annual turnover of approximately £7m has significant experience in providing film-on-the-reel for all kinds of horizontal and vertical form fill and seal applications, as well as for flow-wrapping or lidding. It also supplies bags and pouches in a variety of styles and options.
As well as the newly installed, environmentally friendly solventless digital laminator, which is capable of handling a variety of materials including polyester, polyethylene, polypropylene and metallised films, the company’s dedicated print room houses a £1.3m eight-colour flexographic print press. 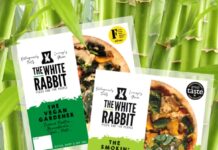 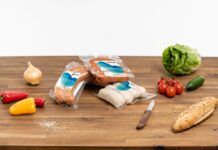 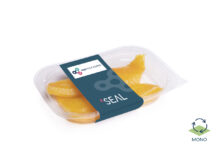